Parker, the New Downtown Parking App, May Be More Dangerous Than You Think 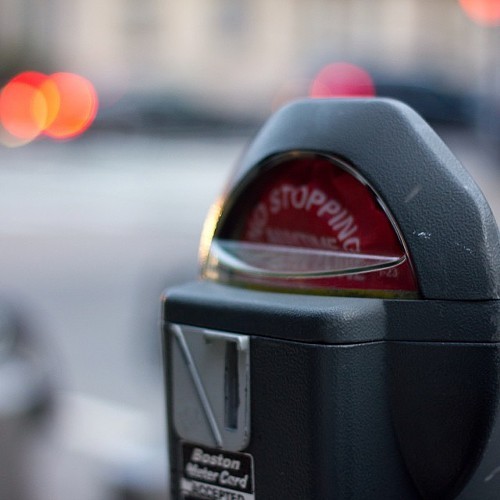 We circle, like animals hunting for prey, outmaneuvering our fellow motorists, dodging pedestrians, bikers, and the like, only to ease into a space and discover it's a loading zone— amiright?

In Cleveland, finding parking is a vexing traffic problem, one that creates equal parts frustration and downtown congestion. In fact, the folks at Cleveland's Division of Parking Facilities estimate that drivers cruising for parking causes a significant percent of downtown traffic, particularly during high volume times, such as before and after sporting events.

But now the city officials profess to have found a solution, and that solution's name is Parker.

Parker's Streetline, as it's officially dubbed, is a smartphone app that "directs drivers to available parking," Commissioner of Parking Antoinette Thompson recently told Scene. Sensors located in front of some 100 meters on Prospect Avenue between East 4th and East 9th Streets will send signals to smartphone users identifying vacancies, meter rates, and time limits, as well as nearby garage parking, she said.

In theory, the app is expected to help reduce traffic congestion, increase parking turnover, and provide real time parking data while easing the frustration of finding a place to park.

That all sounds peachy, but doesn't there seem to be something fundamentally wrong with motorists checking their smartphones in highly congested areas? In fact, it can be downright dangerous. (Just watch 5 minutes of Werner Herzog's haunting documentary "From One Second to the Next" and you'll never want to check your phone while driving again.)

City officials acknowledge the potential problems and Thompson said the voice-activated navigation system makes the app hands free— though to be fair, navigating to the voice activated app does require hands. Ideally, she said, drivers should use the app before departing for their destination or, if en route, they are encouraged to pull over- but c'mon- what's the likelihood of that really happening?

When a similar app was rolled out in San Francisco in 2011, skeptics said the app could be seriously distracting, especially in areas with high car and foot traffic. "...[D]rivers on the prowl for parking could wind up focusing on their phones, not the road," Matt Ritchel, a New York Times reporter, wrote before the San Francisco rollout.

Cleveland's 90-day trial period, which launches next week, will reveal the true pros and cons of using Parker in downtown Cleveland, but, at the end of the day, motorists don't need another reason to check their phones while driving.