Pass the Whiskey and Ammo

Guns and booze don't mix. But Ohio lawmakers are serving up that cocktail at a bar near you 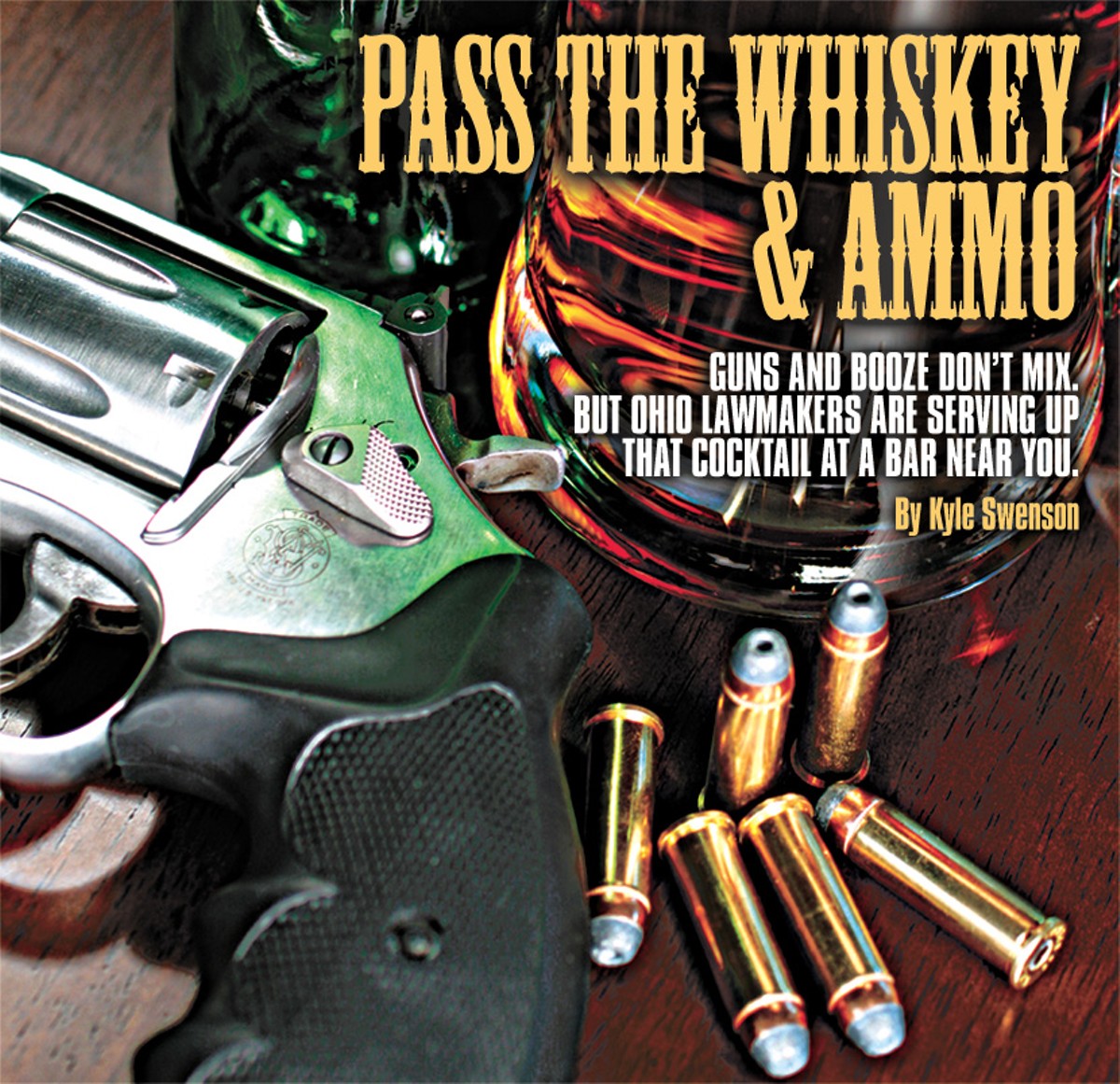 "It's been said that computers give human beings the easiest opportunity to make mistakes. As someone who's worked behind a bar his whole life, I can tell you it's actually handguns and tequila."

Rapping philosophic here is Joseph Deluca, a guy who knows his way around the nightlife world. He's a longtime bartender and local impresario of the Cleveland drink community, enjoying Jedi-like status among those who see bartending as an artisan calling, not just a way to pay the bills.

Today's he's grabbing an afternoon drink at a West Side wine bar with Darko Marinkovic, another bright light on the scene who handles the pours at Crop on West Sixth. Both guys are actively involved in the Ohio chapter of the U.S. Bartenders Guild, and they tour the country competing in drink-mixing competitions. The topic of conversation is whether guns should be allowed in Ohio's bars and restaurants, and the industry pros have a simple answer: No.

"It's the wrong weapon for a crowded room," Marinkovic says bluntly. "If I'm behind the bar and you come up to me and say you're packing, that's not going to make my night any more comfortable."

But this isn't a theoretical round of wild western saloon what-if. There's legislation weaving through the state capitol right now that would allow permitted gun owners to carry concealed firearms in restaurants or bars as long as they're not drinking. That means next time you're crowding the countertop and reaching for that next draft, you just might rub elbows with someone's 9 millimeter.

A similar proposal worked through the greased wheels of the legislature last year, but stalled before the clock ran out on the session. This year, versions of the bill were introduced in both the House and Senate. In mid-April, the Senate version passed; its cousin in the House — known on the floor as HB 45 — has been voted out of committee and now awaits a final vote. Right now it's not clear whether the bill has the support for final passage; a vote could come later in the session or tomorrow.

But so far the bill's steady march into the lawbooks hasn't slowed, despite the vocal pushback of opponents from seemingly all corners. With both chambers of Congress bleeding Republican red, supporters have blissfully parasailed over any counter-arguments or concerns.

Back here on Earth, Ohio's cops, bartenders, and patrons are left shaking their heads, wondering what happened.