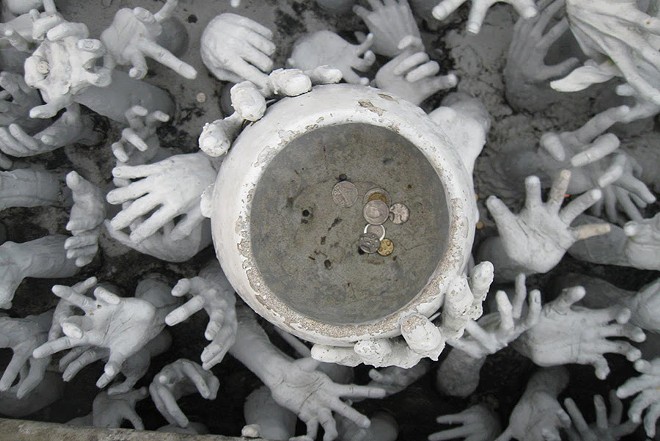 Barbara Howell’s “Reaching”
Presented for the fourth consecutive year, PhotoNow is a juried, satellite exhibition of regional photography organized by the Artists Archives of the Western Reserve. 2017 marks the third time that the exhibition is held at the Tri-C East Galleries, which allows AAWR to host a larger show for a more diverse audience than would be possible in its own gallery. Originally known as the Western Reserve Open Photography Competition, PhotoNow continues to showcase some of the region’s best contemporary photography, and to be used as an educational tool for AAWR’s community outreach programs, as well as classes at Tri-C.

PhotoNow 2017 features 75 photographs by 59 photographers selected from nearly 300 entries submitted by more than 80 artists. Overall, the selected works showcase a wide variety of photographic processes and subject matter, from traditional landscapes and portraiture to alternative processes, constructed images, double exposures, lensless photographs and more. Whether you’re a professional photographer, photography student or just trying to figure out Instagram, PhotoNow 2017 offers inspiration for everyone. These diverse perspectives are sure to inspire visitors to document the intimate and spectacular moments of everyday life.

Unlike other regional photography exhibitions, AAWR selects professionals from outside of Ohio to select the works accepted into the show. PhotoNow 2017 is juried by Los Angeles-based photographer Aline Smithson. Smithson has curated and juried exhibitions for several galleries, organizations, photo festivals and online magazines, such as: Critical Mass, Flash Forward, Griffin Museum and Review Santa Fe. Living and working in L.A., Smithson is a founding member of Six Shooters Collective and has taught at the Los Angeles Center of Photography since 2001.

Describing the selection process, Smithson says, “As a juror, the first consideration is to look for a level of excellence. I consider if the work challenges, transports and delights, and I also consider the show as a whole. The PhotoNow 2017 exhibition happily showcases a wide range of photographic approaches. From more traditional portraiture and landscape, to alternative processes, double exposures, diptychs and triptychs, constructed images and lensless photographs, it is truly an exciting time to be a photographer.”