Monica Robbins, Michael Heaton to be honored at November ceremony as well. 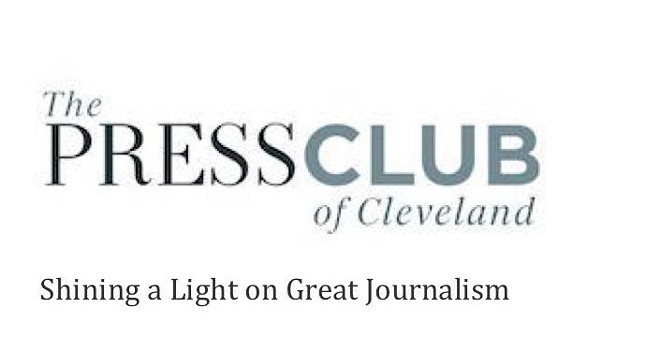 
In a save-the-date correspondence Thursday, the Press Club of Cleveland teased that it was planning to induct Cleveland.com Browns beat reporter Mary Kay Cabot, Ideastream Public Media host and producer Rick Jackson, and Lakewood Observer iconoclast Jim O'Bryan to its local Journalism Hall of Fame at a November ceremony.

Additionally, WKYC's Monica Robins will be presented with the "Chuck Heaton Award," an annual recognition that celebrates a local journalist whose personal contributions to the community are commensurate with their professional ones.

Michael Heaton, the beloved longtime Plain Dealer columnist known in his heyday as the "Minister of Culture," will receive a special posthumous recognition as well. Heaton died last month.

All three of the Press Club's 2022 honorees have been staples of the local press corps for decades. Cabot began her career at the Plain Dealer during the Bill Belichick era of the Cleveland Browns and is one of the paper's longest-tenured and most well-read reporters.

Jackson is a veteran host and producer at Ideastream Public Media, who took the reins from Mike McIntyre as host of Sound of Ideas, and long hosted the Emmy-award winning "NewsDepth" newscast on WVIZ. For years, Jackson hosted the Friday Reporters Roundtable and numerous programs on the Ohio Channel. He has been at Ideastream since 2003 and in previous decades worked for WKYC and WOIO. (He was inducted into the Ohio Broadcasters Hall of Fame in 2001.)

O'Bryan is a local journalism pioneer, as beloved and reviled a figure in Lakewood as they come. A lifelong Lakewood resident, he was among the founders of the Lakewood Observer and as editor, remains its soul and driving force.

After a hiatus due to the pandemic, The Press Club will one again hold its annual event in person, this time as a lunchtime program at the City Club of Cleveland on Nov. 16. Tickets are not yet on sale.

*The author is a board member of the Press Club of Cleveland.