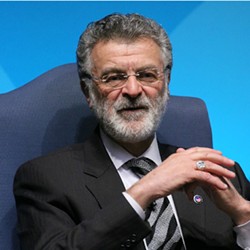 The Progressive Caucus is one of the two primary activist groups opposing the Quicken Loans Arena deal. They'll host a sign-making party for the protest at their Lakewood office (11910 Detroit Ave.) Saturday, June 24.

"As Frank continues to pretend to be fighting Wealth Inequality," the protest event description reads, "[the Fedeli fundraiser] is a clear reminder of who his actual constituency really is. Let's gather outside Umberto's mansion (as close as we can legally be) with some signs and some chants to let folks know that we know what's going on inside."

The question of how close protesters can legally be may prove to be an interesting one, given the far-eastern suburb's shortage of sidewalks.