Public Square: The Heart of Darkness 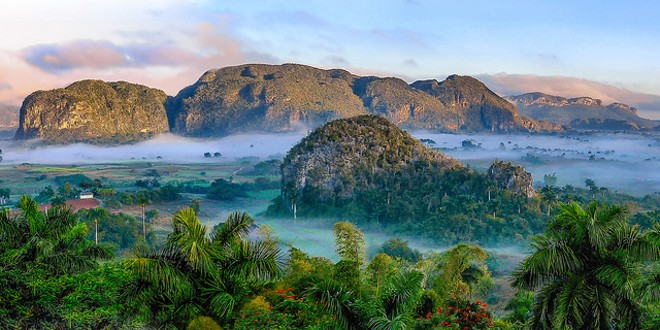 Some time ago, the beloved Cleveland Metroparks Zoo successfully rallied the city's corporate and philanthropic communities to co-fund, along with taxpayers, a massive project. Let’s pretend this project is the Zoo’s new centerpiece, an interactive Safari-inspired excursion- and play-zone, complete with state-of-the-art habitats, plush bar and restaurant-slash-wedding-venue resplendent with Serengeti decor, tours, rare exotic species, etc. Let's say this new project has been installed on the Zoo’s current campus and tagged, with impolitic bombast, the “Heart of Darkness.”

Let’s say the Heart of Darkness was completed this summer, to rave reviews from the local and national press. And let’s go ahead and say that the project’s costs were significantly higher than anticipated, leveling off right at about $50 million.

In November of this year, let’s say, Cleveland Mayor Frank Jackson and Metroparks CEO Brian “Tazmanian Devil” Zimmerman announced at a solemn press conference that due to the Heart of Darkness’s overwhelming early popularity and some ill-defined safety considerations, it would henceforth and forevermore be closed... to children.

The seemingly outrageous proclamation was praised by the local media’s biggest player, Cleveland.com: Children have changed, an editorial alleged. Back when the Heart of Darkness was initially conceived, children were quieter, less prone to wander, more likely to follow the directives of their parents. And let’s face it: Children tend to ruin, or at least diminish, the first-class, iconic experiences of all the (admissions-paying) adults and putative flocks of adult tourists eager to partake of the Heart of Darkness’s first-class, iconic delights.

The views of the Mayor, who was accused by city council and scores of local educators for his “rash” and “unilateral” decision — which was made behind closed doors — were nevertheless embraced and advanced by a non-negligible percentage of childless millennials and empty nesters. They sort of shrugged their shoulders and agreed that the Heart of Darkness, and in particular the bar-and-restaurant-slash-wedding-venue portion, which would soon be boasting daily concerts, probably would be a lot more enjoyable without children running around. And was it really that big of a deal? The Heart of Darkness occupied a significant chunk of the Zoo’s real estate, granted, but parents and children could still walk from the new parking lot, around the Heart of Darkness, to the old entrance in less than 20 minutes. A minor inconvenience, by the city’s standards.

Still, educators mounted a compelling defense. They had been planning field trips for months. The Heart of Darkness had been billed not only as a tourist destination and a major aesthetic upgrade for the zoo, but also (and maybe even foremost), as an educational experience. There was a playzone, for heaven’s sake, designed in partnership with the Ronald McDonald House and the Boys and Girls Club of America. In what universe could the Mayor seriously pretend that kids did not belong?

The Mayor continued to claim, however speciously, that he’d be amenable to re-opening the Heart of Darkness to children if his safety considerations were addressed. In the meantime, he publicized the fact that other features of the zoo would be jazzed up to compensate — he made frequent reference to the fact that children would still be welcome to purchase lettuce (at $3 per leaf) to feed the giraffes at the entrance to the Heart of Darkness. But educators rallied without pause.

It was during this tumultuous period that most local reporters’ heads came to resemble the heads of bobbleheads. A few enterprising muckrakers (myself, Cleveland.com’s Mark Naymik, the PD’s Ginger Christ), dug up correspondence between the city and the Metroparks and discovered that the Mayor’s ill-defined safety considerations had in fact been explicitly defined. The Mayor was inconsolably worried, it turned out, about the threat of Acid Rain.

Acid rain? The bewildered reporters begged for clarification. They had no choice but to take the Mayor seriously as he professed extravagant concern over the span of multiple press conferences about the safety of Cleveland’s children and their particular vulnerabilities to natural disasters. Jackson cited climate change and the increasing incidence of acid rain in South America to bolster his claims.

No one exactly knew how the heck to respond. Ginger Christ, to her credit, managed to get some acid rain experts on the phone to say that Cleveland was under no particular threat of acid rain, and that if a strange “cataclysmic environmental disaster” did happen to strike the Cleveland area, every other part of the city would be just as susceptible to damage as the zoo. And though it seemed silly to ask, Ginger did confirm that adults and children would face similar risks.

Matters got more complicated: It turned out that both the Ronald McDonald House and the Boys and Girls Club were none too pleased about the Mayor’s decision, and were giving Brian Zimmerman grief about their sizable contributions that they’d made back at the outset. They demanded their money back. Sensitive to the Metroparks’ relationship with those organizations and the philanthropic community writ large, Zimmerman hastened to roll his eyes and commission a safety study (along with a design study related to the pathways from the new parking lot) to appease the Mayor and move toward a resolution.

A nationally recognized safety consultant, not unexpectedly, agreed with local experts: With respect to the threat of acid rain, the Heart of Darkness portion of the zoo would be just as susceptible as the rest of the city, and certainly would be no less susceptible if children were admitted.

But the Mayor was not satisfied! In a very recent development, let’s say, the Mayor claimed to the PD/Cleveland.com that this safety study was insufficient because it addressed only the current threat of acid rain and not the potential threat of acid rain. He accused the Metroparks of failing to negotiate in good faith because they released a summary of the findings to its board (and to the media) before the full report was completed. The City, of course, had already been given drafts of both studies and had been apprised of the progress every step of the way.

But the release of this information was still premature, the Mayor contended, and indicative of certain deceitful tendencies within the Metroparks leadership. Jackson deployed his Chief of Operations and the Chief of Police to hold a press conference on the subject, at which they expressed their utter dismay at this release of information (which others might have considered a mark of transparency and good governance, or even a courtesy, given the looming pressure from the Ronald McDonald house!)

Jackson's chiefs attempted to discount — in fact, to question the existence of — the safety study itself. This was a safety study that had been commissioned precisely to address the preposterous concerns of City Hall. A shill from Health and Human Services took to the lectern too, to advise the gathering of baffled reporters that Acid Rain must, but must, be taken seriously. Councilman Zack Reed attended the press conference, watching the drama unfold with a bemused smirk. The city's COO Darnell Brown wasn't smirking.

“We want to deal only with the facts!” the agitated man insisted to the press corps.