Put-in-Bay Nets Over $5,000 in Public Urination Fees This Year 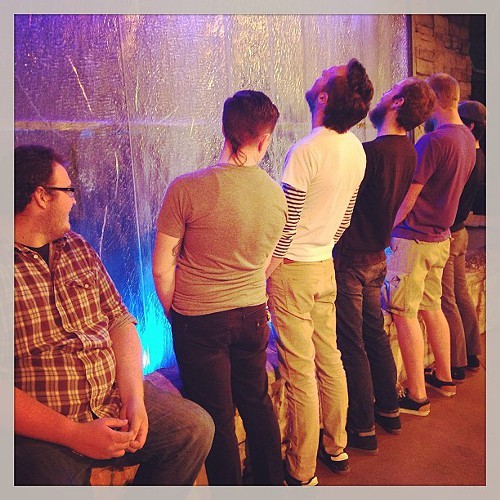 Put-in-Bay earned a steady stream of moolah this year from the village's fine, upstanding, small-bladdered visitors.

The Sandusky Register reports that Put-in-Bay police cited 32 individuals- 30 men and two women- since last September for relieving themselves in less than ideal places (i.e. next to downtown bars). As a result, the city raked in $5,280 in fines.

A public urination fine can cost a perp up to 150 big ones, in addition to a $85 court fee, Karen Goaziou, the Put-in-Bay clerk of courts told the SR. That may seem like one expensive bathroom break, but apparently it's a mere smack on the wrist compared to public urination protocol in other Ohio cities, which treat the offense as a serious misdemeanor.

(In some case, public urinators are actually required to register as sex offenders for exposing their genitalia during their moment of OHMYGOD I GOTTA PEE agony, thus thrusting your everyday Gotta Wizz Joe into the same category as criminal-minded rapists or pedophiles- fair? I think not.)

The Sandusky Register reports that until about 2000, Put-in-Bay treated public urination as a misdemeanor since it did not have it's own ordinance. However, the sheer number of citations issued as a result of the island's semi-craay nightlife scene prompted local authorities to drop the gravity of the charge from a misdemeanor down to a citation and fine.

Even after the drop, most first time offenders can get way with a verbal warning and a stink eye from the Put-in-Bay police. It's the repeat perps, the Register reports, who are receiving the citations and the fines.