Q&A With Dan Gilbert on Issue 3 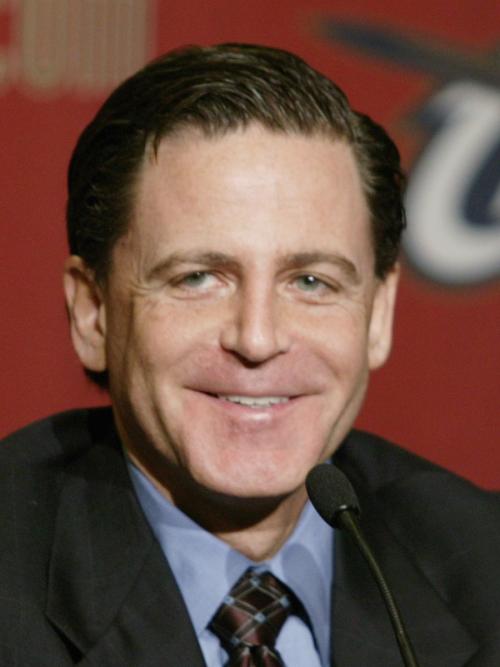 Casino gambling is back on the ballot. This proposed state constitutional amendment to be decided by voters on November 3 would not only legalize casino gambling, it would grant exclusive rights (for now) to Cavs and Quicken Loans owner Dan Gilbert and Pennsylvania-based Penn National Gaming to develop four casinos, one each in four cities. (Gilbert would develop casinos in Cleveland and Cincinnati. Penn National would have the rights to Columbus and Toledo). How does it stack up to the previous four failed proposals? Not surprisingly, Gilbert says it’s a good deal, creating thousands of jobs and keeping billions of dollars in the state.

Gilbert claims the casinos would create 34,000 jobs, with as many as 9,500 temporary and permanent ones in Cleveland. Locally, he estimates 5,300 would be temporary construction jobs; 2,800 would be casino jobs; and another 1,300 would develop along the casino’s periphery. It’s hard to imagine the bulk of the skill positions going to Ohioans: The state doesn’t have a casino industry, and any kind of big-dollar enterprise wouldn’t likely trust opening night to rookie dealers and novice pit bosses. But it’s easy to envision openings for new service jobs and second-tier management positions.

The gaming licenses will be cheap — $50 million, compared to the $200-500 million charged by other states. But theoretically at least, building four brand-new casinos offsets that loss. The plan would spread taxes from the casinos across all 88 counties (proportionate to population) and give defined percentages to law-enforcement training, local schools and the casino’s host county and city. Gilbert projects a casino would generate $71 million in annual tax revenue for Cleveland alone, with $29.7 million going to the city, $18.8 to the county and $22.5 to local school districts.

Gilbert is eying a site opposite his Quicken Loans Arena in the Flats, between the Sherwin-Williams building and Tower City Amphitheater and overlooking the Cuyahoga.

This proposal is Gilbert’s first run at the casino business. It’s also attracting some backers who didn’t support previous initiatives, including Cleveland Mayor Frank Jackson, the Fraternal Order of Police, the AFL-CIO and the UAW.

Did you have to run your potential interest in a casino past the NBA?

We have. There’s precedent. The Sacramento Kings, which are owned by the Maloof brothers, own the Palms [Casino] in Las Vegas. It’s never been an issue. There’s not going to be any sports gaming in these casinos. They don’t even care if there’s sports gaming; they just don’t want NBA games.

If Issue 3 passes and Cleveland gets a casino, what’s in it for Akron and Youngstown?

First of all, there’s the tax money they’ll share, based on a proportion of their counties. Every county will share in this [tax] money proportionate to the population [they] represent. It’s Ohio; it’s a regional thing.
When we surveyed Ohio citizens, we asked them, what about eight [casinos]? What about one in Youngstown, one in Akron, one in Dayton? From a polling standpoint, [support] was significantly lower.

Why does the casino plan have to be part of the constitution?

The Ohio constitution has some vagueness as to whether gambling is legal. All this does, this referendum and amendment, is allow gaming on these four pieces of property. It doesn’t prevent it anywhere else. If anybody else wanted to put another campaign and referendum through and say ‘OK, let’s add three more,’ nothing prevents it from happening.

The very reason we felt we had to go this route [is that] for anybody to invest a billion-five, it’s so cumbersome and so iffy [unless gambling’s legality is made] firm and clear in the constitution. There’s no way gaming’s going to happen in Ohio without it.

Casinos haven’t fixed downtown Detroit’s problems. How would it be different for Cleveland?

In Detroit, they didn’t build them downtown downtown. They built them a mile from downtown, and they built them right next to a freeway exit so people from the suburbs can come down there and valet out. And the blocks around it aren’t really walkable, livable blocks. And it doesn’t really make a lot of sense. [In downtown Cleveland] you think about medical mart, convention center, a brand-new, full-blown casino, the Quicken Loans Arena, the Cavaliers booming and the Rock and Roll Hall of Fame — we’ve got a pretty attractive core here.

Do you have a casino company working with you?

Isn’t the proposed $50 million for a casino license cheap compared to the asking price in other states?

It’s cheap if you look at it like this: Those states don’t have requirements of a billion dollars of infrastructure. So an operator comes in and says I want to put a casino in your town, and I can afford $250-$300 million to make these economics work between building and a licensing fee. Would you rather have it be in the building that’s brand new and the construction jobs? Or do you rent a building and gut it and pay Columbus a high licensing fee? And the feedback from the poll was overwhelming: Require the operators to put a billion in infrastructure and new buildings, which I think makes sense.

An ad on the front of arena says “Keep $1 billion in Ohio.” Is a billion is the best we can do?
The billion is an annual number. It’s the Ohio money leaving. These casinos combined are projected to do over $2 billion in revenue. And then the jobs that get created and the economic stimulus to the businesses around it. It’s a billion of the billion-[point]-seven that currently leaves.

One school of thought says casinos are good for casinos. They keep people there, and that’s where they spent their money, from drinks to food — and it doesn’t help the neighboring businesses so much.

First of all, if we wanted to do that, we’d go get a piece of land on the outskirts and make that happen, build a bunker. It’s all how you develop it and where you put it. It’s location and design and construction. If [we] bunkered it off, you could make that case. I just encourage people to look at our track record, who we are, what we invest in, how we look at the long-term, what we’re doing in Detroit — that’s just not who we are. In the long term, we think building more investments, there’s more opportunities for us as investors by doing what’s right for the city, by creating this very exciting core and being part of this and getting others involved.
The other thing is, we’re not going to have a hotel, because the hotels here are 50 percent occupied — that would make it more of what you just mentioned. We’re not doing that. There probably will be a handful of restaurants, and certainly we’re going to work with the local restaurateurs. We want them to put the restaurants in there. But most of the traffic, some people will eat in there, and a lot of [them] won’t.

The way the amendment is written, the games offered are dictated by what’s available in neighboring states.

We went back and forth on this piece a bit. What we didn’t want to do is, because it’s done by amendment, say ‘Let’s have this game and this game.’ And then another game becomes hugely popular, and now you’ve got to go back to the voters in the state of Ohio to approve a certain game. And so we thought, let the marketplace dictate. So if we have to compete with all these neighboring states that have these kinds of games, let that be the dictator of whether or not we’re allowed to have those kinds of games.

Does the revenue at any point filter into what you can do with the Cavaliers? Is this in any way — the LeBron strategy?

When LeBron was drafted, which was a couple years before we got here, he said he wanted to light up this town like Las Vegas. We’re just trying to do our part here. Either way, we’re committed to the Cavaliers, to continue to build a world-class franchise.

But can the casino money affect Cavaliers business?

There’s common ownership. So certainly, if you look at it as one business, and the casino’s profitable and thriving, it makes you more apt to do certain things. — D.X. Ferris