A ton of work. Crappy pay. Few benefits. Colleges have finally learned to treat employees just like in the real world. 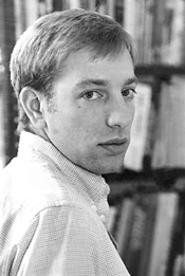 Walter Novak
Bradley Bailey's wages aren't enough to put food on the table.
When David Settje finished his doctorate in history at Kent State, he knew exactly what to expect among the ranks of the educated elite: a lot of time in his '95 Chevy Cavalier.

Thanks to a glut of newly minted Ph.D.s, full-time jobs in college history departments are the spotted lynx of the academic world -- scarce and sought-after. Settje figured it would be a year before he'd land one. So he snagged part-time gigs at Kent State, Cleveland State, Walsh University, and the University of Phoenix.

He soon learned, however, that the term "part-time" applied to his pay, not his work. He taught five classes. He spent a third of his day driving from school to school. And he still brought home less money than a waiter at Applebee's. "I knew that it needed to be temporary," he says. "I either had to get a full-time job, or I was going to have to change careers."

It's a common beef in the halls of academia. Once bit players on college campuses, part-time and adjunct faculty have become the factory hands of higher education. In Ohio, more than half of all instructors at community colleges are now part-timers -- a third at the state's four-year schools.

"What's happening is that colleges and universities are increasingly resorting to the use of part-time faculty because it's cheaper," says Roger Govea, a Cleveland State political science professor. "Economics is driving the phenomenon."

Echoes Tom Mooney, president of the Ohio Federation of Teachers: "Administrators have created a situation where there are fewer and fewer faculty with any rights at all and more and more adjuncts who have no job security, extremely low pay, and no benefits. I don't know what else to call it except intellectual sweatshops."

For almost every other profession, it is an old story. But the economics of higher education have never followed market forces. This is a field that rewards its best and most banal alike with lifetime job security -- and a workload that makes house cats look industrious.

Yet even by real-world standards, part-time teaching offers a bleak way to make a living. The average salary of part-time faculty nationwide is less than $13,000 -- a figure just slightly north of the federal poverty line for a family of two.

Settje was paid anywhere from $800 to $3,000 a class per semester. His five-course teaching load -- double that of most full-time faculty members -- translated into less than $20,000 for the year. No benefits. No insurance.

He considers himself lucky: His spouse had a decent job. "I can't imagine doing it and being the number-one provider for a family," he says.

Bradley Bailey, who will complete his doctorate in art history at Case Western Reserve next spring, has taught at Baldwin-Wallace, the University of Akron, and CSU. He's grateful for the experience, but he pays his bills thanks only to a grant he receives from Case. "If I just had the teaching, I'd have to choose between food and rent," he admits.

Sharecropper's wages are only part of the problem. At CSU, for example, part-timers have no say in faculty governance and little input in developing curriculum -- a situation that tends to isolate them. "At the traditional schools, the general rule is that the faculty was very aloof and uninterested in getting to know or speak or interact with anybody who was part-time," says a history adjunct at CSU.

Govea doesn't dispute the appraisal. "Universities tend to look upon adjuncts as a cheap fix, rather than a real member of the community," he says.

And Cleveland State is considered one of the better places to teach. Among the schools where Settje worked, it was the only institution that provided a place to meet students outside class. Some schools don't even offer access to computers, copiers, or telephones. "There are just constant reminders that most of these schools could care less about you," says a woman who teaches at several colleges.

The bitching is nothing new to school administrators, and some institutions have made adjustments. For several years, Ohio State has been providing a benefits package to part-time faculty; Akron has combined positions to create full-time jobs. Many schools offer small tuition waivers and access to health insurance.

Yet in an era of tight budgets, improving the lot of part-timers isn't at the top of administration to-do lists. Gayle Ormiston, an associate provost at Kent State, says state schools are increasingly being asked to do more with less. "The funding that's available to universities may necessitate that we can only hire part-time faculty in certain programs," he says. In classes such as English composition, which all Kent freshman are required to take, "You don't have enough people on staff to teach all those students."

All the same, most schools aren't eager to explain how such old-world labor policies jibe with their new-age sloganeering about enriching the academic "community." As Ormiston concedes, it's all about the money. The result: Some administrators sound more like union-busters from Wal-Mart than pointy-headed theorists.

"This is not like indentured servitude here," Sheldon Steinbach, of the American Council on Education, an association of colleges and universities, told reporters last year. "These are individuals who want to do this, who enter into these arrangements with eyes wide open."

Yet even if part-time faculty members in Ohio want to improve their station, they face a particularly onerous climb. Almost 20 years ago, when the state government set about remaking Ohio's higher education system, school administrators proved uncharacteristically prescient. They got the legislature to specifically bar part-timers from unionizing.

"The only thing that can be done is bring political pressure to bear, and that's it," says CSU's Govea, who is active in the faculty union. "You can engage in a shame campaign and say, 'For crying out loud, give these people a decent living,' but we cannot intervene on their behalf, and that's the frustration."

For now, it seems, part-timers can do little but wait, wonder, and warm up their cars. There might be another job somewhere down the road.