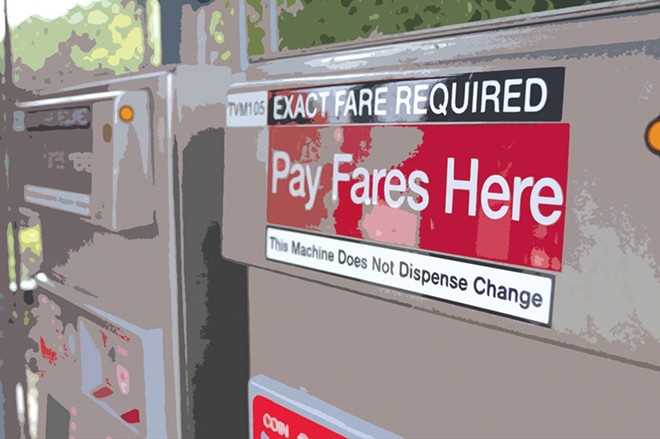 Sam Allard / Scene
As part of a new program, the Greater Cleveland Regional Transit Authority will use grant dollars from the Ohio Department of Transportation to provide free monthly transit passes to new or expectant mothers in zip codes where infant mortality rates are very high.

The "Baby on Board" program, which the RTA has pursued in partnership with the Cuyahoga County Board of Health, will use up to $100,000 in state money for both transit passes and for improvements at bus stops in the east side zip codes of 44108, 44110, 44112.

In those predominantly Black neighborhoods, RTA notes, more than 30% of the households are without a private vehicle and 85% of the women there have identified transportation as a barrier to accessing healthcare. Monthly RTA passes currently cost $95.

"With this newly established partnership," RTA wrote in a press release, "RTA hopes that this is just the beginning of prioritizing equitable health and eliminating transit barriers for one of our most vulnerable population, children."

Infant mortality has been a persistent marker of racial inequity in the region, not to mention a black eye for a city that wants to become the "global center for healthcare innovation and opportunity." Even when the city of Cleveland declare that it would make reducing infant mortality a priority by establishing First Year Cleveland, the positive results were largely concentrated among white babies. As Cleveland and Cuyahoga County declared racism a public health crisis last year, Black babies were still seven times more likely to die before their first birthday than white babies.

The RTA grant is one among several expanded sources of funding for those trying to reduce disparities in infant mortality. The George Gund Foundation announced in November that it would award $1 million to the nonprofit organization Birthing Beautiful Communities to open a "comprehensive birthing center" in Hough.