From poop to the President, Ohioans pushed the limits, and were told no 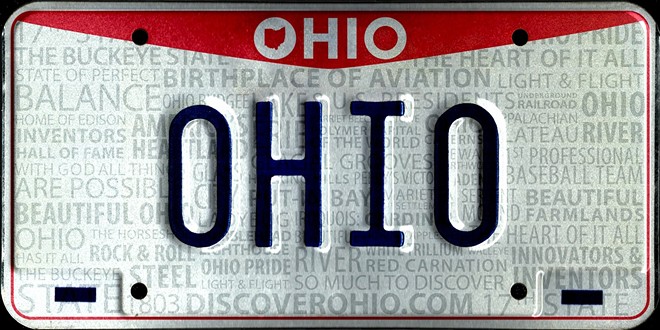 Wikipedia
Ringing in 2023, the Ohio Bureau of Motor Vehicles released its annual list of rejected vanity plate applications from 2022.

From "UGH FML" to "DRG DELR" the 759 rejected applications were deemed profane, obscene, sexually explicit, or meant to provoke a violent response or advocate immediate lawlessness.

Although sex and drugs were heavy hitters on the list, Ohioans covered plenty of territory in their rejected ideas.

In a year of war, political strife and global recession, it's perhaps unsurprising that applications featured, "H8FULAF", "IH8OHIO", "H8 MY ST8" and "H8URFCE".

The president was another prominent theme on the list. More than two dozen variations of "F*** Biden" made the list.

Dozens of scatalogical applications like "DOOKIE" or "POO BUTT" prove that, for some, bathroom jokes remain evergreen.

The entire list, from "MILFD8R" to "MILFHTR", except for those including racial slurs, is below.