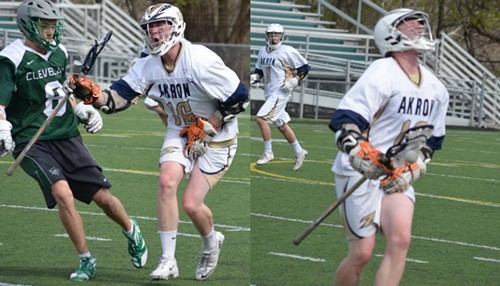 The Cleveland State Vikings handed the Akron Zips a loss on the final day of the lacrosse season this weekend, in a high scoring 15-9 game held at St. Vincent-St. Mary High School.

But this post isn't about the outcome of a local college lacrosse game. No, it's about the pure agony of a nut-shot, and what happens when an athlete doesn't wear a cup during a game where people are whacking each other with sticks.

A well-placed photographer for the Zips team captured junior captain Richard Kenney's reaction to the worst thing that could ever happen to a man. The two photos, along with a bunch of others, were uploaded to the official "Akron Zips Lacrosse" facebook page. Let's take a closer look:

Akron's highlight video from the game, surprisingly, left this vicious incident out: