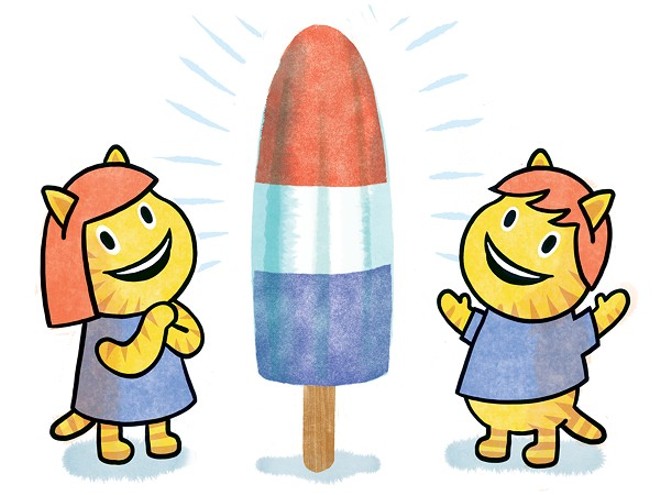 Joe Newton
Dan Savage is back with answers to your questions


I'm a European heterosexual girl, and reading your column from afar has been a good way for me to better know the sex world! I'm wondering if you have advice for me about a "faster" way to do blow jobs. Or rather a way to make my boyfriend come faster from them. I like doing them, but after some time my mouth begins to hurt and I'd like him to finish. My partner is "slower" to come than other men I've been with. During intercourse sex, I don't mind. I usually come first, but it's not a problem to wait for him to finish. But during oral sex, it's harder to wait. Sometimes I say no to giving him a blow job because I know the effort it will take. I don't want to talk with him about this because I don't want to make him self-conscious. I know how good it is to receive oral sex without thinking about having to rush my own orgasm, and I don't want to make him feel rushed. In the years of our relationship, I haven't found a trick that gives me the power to make it faster. I need some button to push. Maybe you have some tips for me?

I have some good news: There is a button. It doesn't work on all men, sadly, but for many men a little pressure on this button can speed up an approaching orgasm considerably. While this button isn't hard to find, STIFFED, you can't see it with the naked eye ... because it's inside a guy's ass. The prostate is a walnut-shaped gland that produces seminal fluid; it's located inside and up a man's bum. If you're facing your boyfriend —which you would be while blowing him — his prostate is on the same side of his body that you are. Slip a finger in his ass, make a gentle "come here" motion with your finger, and you'll be hitting that button. Keep gently pressing on his prostate as his orgasm approaches, and you should feel it harden, swell, and contract.

But you're gonna need to get your boyfriend's consent before sticking a finger in his ass, STIFFED, which means you're gonna have to talk to him about trying this — and I think you should level with him about why you wanna try it. You don't frame it as a problem ("You take too long!"), and it isn't a problem. He has amazing stamina, right? And while that stamina is great during PIV (you always come first), it's a challenge when you blow him. Figuring out what you can do to get him there a little faster without making him feel rushed is something you should be able to talk about. You need to be able to talk honestly with your partner about sex in general, STIFFED, and it's particularly important that you're able to freely give him feedback when sex is physically uncomfortable.

While there's an obvious upside for you to speeding up his orgasms during oral, e.g., less wear and tear on your face, there are two big upsides for him: You're gonna get him there faster by making blow jobs more intensely pleasurable for him, and he's gonna get more of those intensely pleasurable blow jobs once they're less physically taxing for you. And if a finger in the butt is a no-go for your boyfriend (or you), STIFFED, there are some other tricks you can try. Some guys get there a little faster during oral if you cup, squeeze, or gently pull on their balls; some guys get there a little faster if you play with their nipples (or they play with their own). And you can always use your hands to speed things along, i.e., pull his dick out of your mouth, give him a few good pumps, get him closer to the finish line, and then dive back down on his dick.

My wife and I just celebrated our 34th anniversary. For the first year, it was great. We shared many intimate moments. But on her 26th birthday (33 years ago!) she got "it." A vibrator. Ever since, I feel like I've been bumped down to a distant fourth in our relationship. Her priorities: family, job, "it," then me. She thinks everything is fine and that we're soulmates, friends, lovers, etc., but I feel like her lowest priority. I've read articles where women can become addicted to these devices, essentially snubbing their significant others. I know it's complicated, but what can I do to win her back? I've tried romancing her, but I'm always competing with "it" for intimate attention. How many others have been replaced by "it" in their relationships? What can I do?

Stop trying to compete with "it." Sex is not a competition, VIBEQ, and "it" is not your competitor. "It" is a tool, VIBEQ, and "it" could and should be your friend and collaborator instead of your nemesis.

First, your wife isn't broken, and her clit doesn't have addiction issues. Your wife is most likely one of the many women out there who can only come with the help of a vibrator. Some women (and some other people with clits) need sustained deep-tissue vibrations in order to get off. Remember: Dicks and clits are made up of the same starter-pack of fetal tissues; a dick is a big clit, a clit is a small dick. But most of the clit — the "shaft" of the clit, i.e., the erectile tissues and chambers that anchor the exposed glans of the clit to the body — is internal. You probably haven't seen many men jerk off, VIBEQ, but I have. Some men (and other people who have penises) focus all of their efforts on the heads of their cocks — working the glans — while others barely touch the head and focus most of their efforts on the shaft. Basically, there are women out there who need the "shaft" of the clitoris stimulated in order to come—not the exposed glans, but the majority of the clitoris, which is inside the body. The sensations provided by a powerful vibrator are the best and, for some women, the only way to hit their shafts with the sensations required to get them off.

So my advice ... after all these years ... is to finally learn to love "it." Invite your wife to incorporate "it" into your sex sessions; don't make the mistake (or continue making the mistake) of forcing her to choose between sex with you that doesn't get her all the way there and masturbation sessions with "it" that do. Let her use "it" on/with herself when you're having intercourse and ask if you can use "it" on/with her when you're not, e.g., every once in a while leave your dick out of it and focus on your wife's pleasure. Hopefully you'll come to see "it" as an extension of your body when "it" is in your hands and as your loyal wingman when "it" is in hers. Good luck and happy anniversary.

My son, a 15-year-old straight guy, occasionally enjoys dressing in girls' clothing. When he was little, it was his sister's tutus and painting his nails. These days he does it more to be funny. I have noticed, however, that once the joke is over he keeps the makeup and dress on longer and longer. This has never bothered me or his dad. We don't encourage or discourage it. We have never gendered things in our very liberal house (no girls/boys toys, etc.). He is a pretty open kid with friends across the spectrum of sexual and gender identities, so I don't get the feeling he would hide it if he is struggling with gender issues. I think he just likes to wear a dress around the house sometimes. I'm wondering if we still refer to a guy dressing in women's clothes as "cross-dressing" or is it now just "wearing a dress"? Is there a more modern term/name? Cross-dressing feels derogatory for some reason. We have no intention of trying to change his behavior, but I'd like to use the right words if he wants to talk about it. —Demonstrating Respect Exposes Sincere Support

No one is more up to date on the right words than the word cops at GLAAD, which used to stand for the "Gay and Lesbian Alliance Against Defamation" and now just stands for GLAAD ... because coming up with a catchy acronym that incorporated B (bisexual), T (trans), Q (queer), Q again (questioning), A (asexual), A again (ally), I (intersex), 2S (twospirited), P (pan), P again (polyamorous), K (kink), etc., etc., prompted several dozen supercomputers to threaten suicide if they weren't immediately reassigned to bitcoin-farming duties.

Anyway, DRESS, GLAAD says the term "cross-dressing" is fine: "While anyone may wear clothes associated with a different sex, the term cross-dresser is typically used to refer to men who occasionally wear clothes, makeup, and accessories culturally associated with women." GLAAD recommends people use "cross-dressing" instead of "transvestite" and notes that most cross-dressers identify as both male and straight and "have no desire to transition and/or live full-time as women." But your son is only 15 years old; he may be a straight male cross-dresser, DRESS, or he may be exploring his gender identity under the guise of wearing dresses for laughs. Give him time, give him space. And just as you're keeping an open mind about your child's gender identity, DRESS, I would encourage you to keep an open mind about his sexual orientation. My mom thought I was straight when I was 15 years old and look how that turned out.