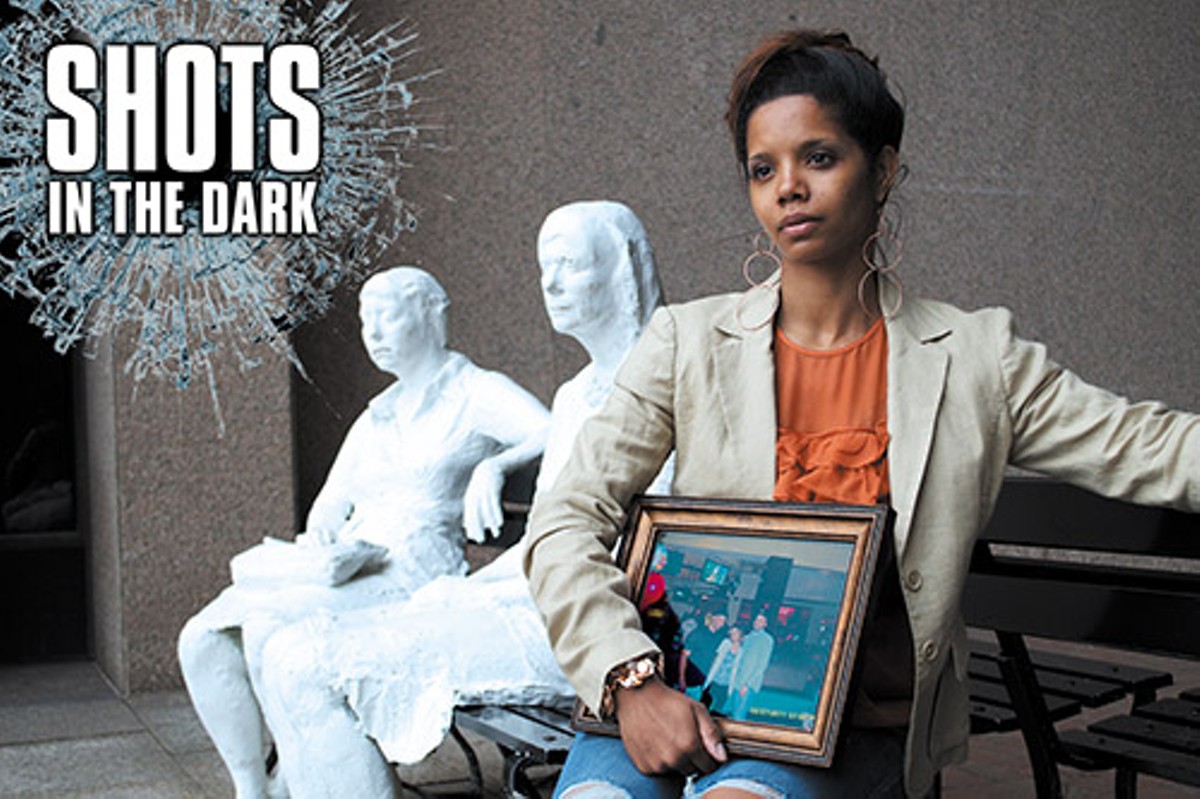 But Swanson's home life on the near East Side stood in stark contrast to his sister's suburban existence. East 92nd is a cramped, short street shouldering crime and urban blight. According to family members who live nearby, crack is sold and used along the block; most young guys in the area view prison stints as the signpost of manhood. A weed-spewing lot near Swanson's house had the dubious distinction of being the county's first crime scene of 2011 when a man was found shot dead there on New Year's Day.

But Swanson chose to stay. Partly, it was because his roots were close; also, his longtime girlfriend, Nicole Woods, and their children kept him glued to the neighborhood the rest of his family worked hard to leave behind.

Relatives claim Swanson flew above the fray. "Quietest dude in the whole neighborhood," says Swanson's uncle, Henry Jefferson. "He didn't bother anyone. All he did was lift weights."

When he was younger, Swanson pulled a couple stints in jail on drug charges, but he'd left the street game behind. He and Woods shared the address with their five young children. Friends say the relationship could be rocky, and that the father was the primary earner and caregiver.

"He did everything for those kids," Henry Jefferson says.

Delvon Sims, a felon with a rap sheet of drug trafficking charges, stayed in the house next door with his uncle, Hershel Woods. The two families had known each other from the neighborhood for years. Sims also had a child with Nicole Woods' daughter. He and Swanson were considered friendly.

Although differing accounts of Swanson's last night are floating around, the stories are settled on the basics: At some point that evening, Swanson and Woods got into an argument after Swanson learned the kids had been left alone for an extended period of time.

Later, Sims came over to Swanson's home to get his child, who had spent the day with the others. And later still, Swanson and Nicole Woods went next door. He never came out. When police walked through the door, Swanson had been shot 12 times. Sims was gone, and so was the murder weapon.

Cleveland police immediately put out word on the suspect. After laying low for two weeks, Sims turned himself in.

Besides the murder of Swanson, Sims possibly faced a host of lesser offenses. As a convicted felon, he was forbidden to possess a firearm. He also left the crime scene with the gun, paving the way for a tampering with evidence charge.

But once the shooter was locked up, justice wasn't served as swiftly as Swanson's family expected. One Friday evening, Jefferson logged onto the county website to check on the status of the case; the file said the charge had been dropped and the man who shot her brother was back on the street.

"I was speechless. No one told us anything," she says. "We were not advised. They just released him."

On Monday morning, a distraught Jefferson and other family members accompanied their attorney to a sit-down at the Justice Center with Assistant Prosecutor Paul Miles and David Zimmerman, head of the major trials unit.