Some Democrats Want Jerry Springer for Ohio Governor in 2018 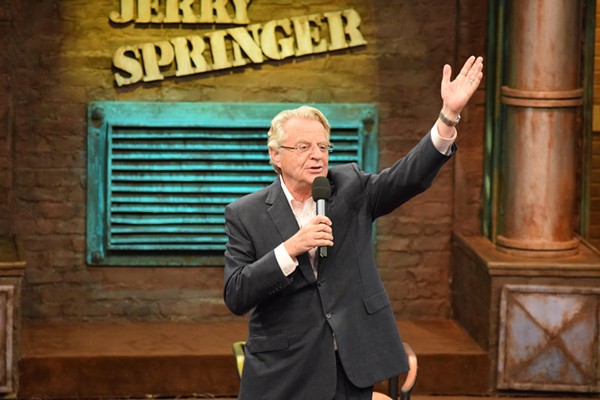 Image via Facebook
Jerry Springer, host of the daytime television show The Jerry Springer Show and former Cincinnati mayor, is an unlikely candidate for Ohio Governor, but that's who "more than half-a-dozen Democrats familiar with the race" are pushing for in 2018, according to Business Insider.

In the era of President Donald Trump, Springer's run doesn't seem all that out of the ordinary. He would fund his own campaign and connect with the working-class who are familiar with his television show.

"Under ordinary circumstances, a candidate like Springer would not be an especially strong prospect for governor," said John Green, a political science professor at the University of Akron to Business Insider. "So there is an opportunity for an unconventional candidate with name recognition."

Earlier this year, Springer spoke with The Cincinnati Enquirer discussing his possible run for Ohio Governor next year:

"What's probably giving it more juice this time is the Trump victory. People are thinking that somebody outside the traditional political establishment can win. His constituency is basically mine. These are fans of the show. I could be Trump without the racism."

"I think he has a very strong ability to communicate what I think is the heart of the Democratic message," Strickland said.

Springer previously ran for Governor in 1982 and resigned from Cincinnati City Council in 1974 after it was found that he paid for a prostitute.