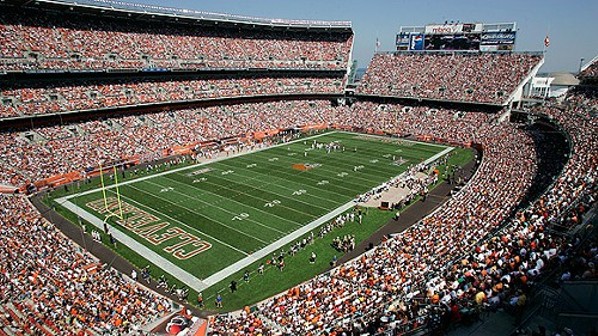 Scene Archives
Do you sit at home in front of your television, fingers covered in Dorito dust, screaming at football games and swearing that you could be better at coaching the Cleveland Browns than Hue Jackson? Now's your shot to prove it by applying to be the Cleveland Browns' head coach, thanks to a job posting that is totally real and not at all a giant joke posted to the job site, Indeed.

The job listing that will more than likely get pulled down the second the Browns' media team wakes up and realizes someone is trolling the hell out of them online by posing as the Browns, lists job requirements like "Ability to whisper to quarterbacks like Robert Redford does with horses in that movie about horse whispering," and "Taking words and combining them to create newer and better words! SUPER WORDS! Words like HARDLAND!!! BELIEVELAND!!! etc..."

Advertised as an entry-level position, no job experience is required but one year of coaching is preferred. Head Coach of the Cleveland Browns is also advertised as a temporary position.

Feel free to apply today by clicking here, or until the post gets taken down.