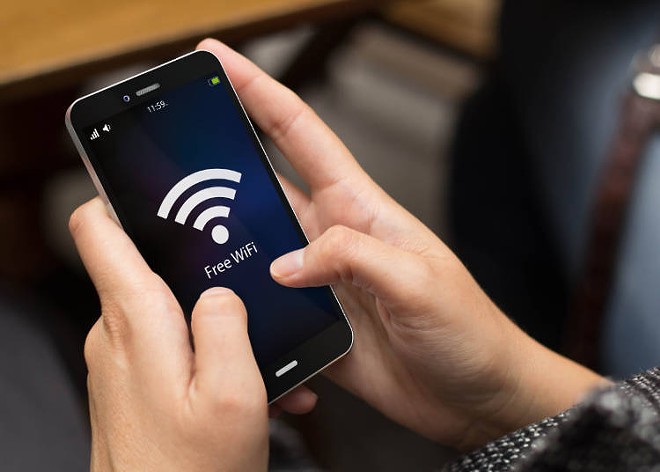 According to Sprint, an estimated 70 percent of teachers in the U.S. give homework assignments that must be completed online, but nearly 5 million families do not have access to the internet. The digital divide is severe, especially so in Cleveland, as we've detailed before.

To help address some of those in need, Sprint is providing free mobile devices and access to Wi-Fi for 1,500 Cleveland Metropolitan School District high school students, so schoolwork can be completed from home.

The initiative is part of Sprint's nationwide effort, The 1Million Project Foundation. The goal is to provide 1 million students across the country with internet connectivity.

Last week, Sprint handed out devices at the Cleveland High School for Digital Arts and the three schools that make up the John Marshall Campus. Distributions are currently pending at 13 more participating schools.

Students at Digital Arts cheered when they were told during an assembly they would receive tablets equipped with hotspots. All of the students will be able to keep the devices upon graduation, but the free Wi-Fi will end.

Approximately 150 students – nearly half of Digital Arts' enrollment – will benefit from the initiative. According to CMSD, of the 1,796 students that filled out a survey about internet accessibility, 56 percent qualified for the free program.

Before Sprint stepped in, students would have to find time during their homeroom/advisory periods or at the local libraries (pending available transportation) to complete their assignments.

CMSD highlighted a boy in 10th grade who says he is one of five people in his household who has to compete for poorly functioning Internet service. Many of his assignments are completed on his phone, but he expressed difficulty trying to manipulate documents on the tiny screen.

“I am thankful for the opportunity to work on a bigger surface,” he said.

Digital Arts principal Jasmine Maze praised Sprint for undertaking the 1Million Project, and believes this donation will help students stay connected in and out of the classroom.

“They don’t have to care whether kids in schools have Internet at home, but they do,” she said in a press release. “That is amazing.”

The initiative will continue to rollout in Cleveland on Wednesday, Oct. 17, at the John Hay Campus.