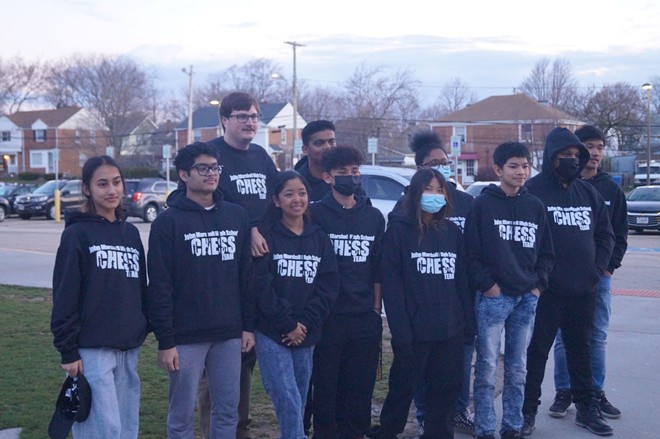 As reported by the Akron Beacon Journal, Kwan is the Guardians chess club's progenitor and driving force and remains the best player in the clubhouse. A growing circle of players now routinely play before ball games to kill time and get in the appropriate competitive headspace. Pitcher Triston McKenzie has reportedly bested Kwan a few times. Hedges has claimed victory once.

But not even Kwan was up to the challenge of the masters from Marshall, lately returned from the national tournament in Illinois in April.

Here's  Nouh Shaikh, one of Marshall's strongest players, with some brutal honesty for Kwan.


Both the boys and girls high school teams at Marshall are ranked among the top 20 in the country. Several of the players have been actively playing together for years and were core members of the team at Joseph Gallagher. Together, they shocked the competition when they arrived to the national high school tournament in 2019 as middle schoolers and performed well enough to be the top team in Ohio.

The feel-good pregame chess matches were certainly a good luck charm for the Guardians, who went on to defeat the Minnesota Twins in an electrifying extra-innings comeback. Psychopath king Josh Naylor attended the exhibition matches to observe his teammates getting crushed by high schoolers and later hit a walkoff home run, one of the most iconic walkoffs in franchise history.