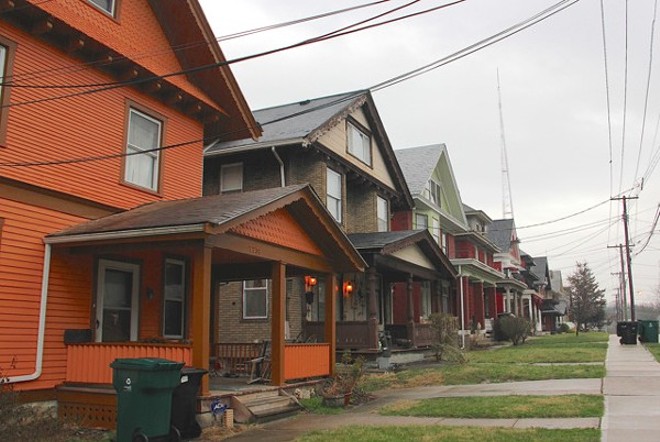 Two new data points to add to the Two Clevelands narrative were released this week, one focused on housing values and the other on poverty.

On Monday, a report — Housing Market Recovery in Cuyahoga County: Will Cleveland's East Side Be Left Behind? — from the Western Reserve Land Conservancy’s Thriving Communities Program detailed that while home values across Cuyahoga County have risen, with vacancies trending downward, median home value prices on the east side remain far behind the rest of the area.

Just 34 percent of east side homes have recovered their values since the foreclosure crisis. Those areas — predominantly African American — are also where homes are appraised for nearly $20,000 less, on average, than homes in comparable white neighborhoods, according to research by the Brookings Institute last year.


The key takeaways, from the Conservancy's perspective:

-The upward momentum in the East Side of Cleveland is now threatened – funding to sustain the unfinished job of blight removal will run out in 2020.

-Current blight removal funding is expected to run out in 2020, leaving thousands of blighted homes to undermine a housing market that is still struggling to recover. But the problem is more immediate than 2020 – due to funding constraints, the Cuyahoga Land Bank has already reached its capacity to take on new blighted properties, and as a result, has stopped taking properties that require demolition.

-There is continued evidence of disproportionate negative impact on majority African American regions of Cuyahoga County with respect to every metric analyzed in the report: mortgage foreclosure, property tax delinquency, vacancy and abandonment, home sale price and access to mortgage lending.

(More on the modern-day redlining issue can be found here.)

“There’s no question we are seeing positive housing market trends in Cuyahoga County,” Frank Ford, the senior policy advisor at Western Reserve Land Conservancy, said in a release. “With that said, we are only as strong as our weakest links — and the East Side of Cleveland and some neighboring East suburbs are in desperate need of our help.”

The second report, released today by the Center for Community Solutions, said that half of those living in poverty in Cleveland are working, and just not making enough.

"There are about 220,000 people in Cuyahoga County who are living in poverty and about half of those are working so it’s really about earnings. People can still work and just don’t earn enough to be able to get by,” associate director Emily Campbell told Channel 5.