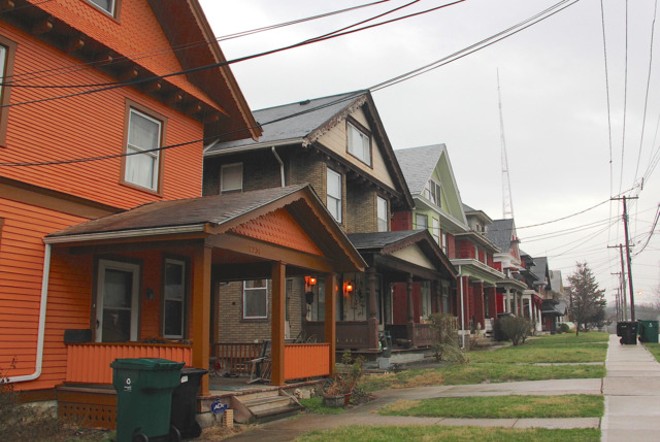 
Homes in Cleveland's predominantly black neighborhoods are appraised for nearly $20,000 less than comparable homes in white neighborhoods, a 20-percent difference locally, according to new research from the Brookings Institute.

Cleveland was just one of the 113 metropolitan areas examined in the report, which compared values in majority black and white neighborhoods while controlling for housing quality and amenities.

"According to our analysis, differences in home and neighborhood quality do not fully explain the devaluation of homes in black neighborhoods," the study's authors wrote.

Nationally, there was an average of $48,000 difference in home values in black vs. white communities. Locally, it was $19,154 on average.

Home ownership is a huge factor in generational wealth building and the gaps therein for minorities. Red lining, lending patterns and federal policies dating back to the early 20th century essentially cut African-Americans out of the picture. While that explains how we got here — here, in Cleveland, being one of America's most hyper-segregated cities with all the economic and health disparities tied to segregation — the persistence of prejudice and racism have maintained and in some cases exacerbated those gaps. (Which is to say nothing of lending practices that look very much today like they did prior to 1964.)

"If properties in black neighborhoods were priced equally as those in white neighborhoods, black children coming of age in the 1990s and 2000s would have had much more wealth to draw upon to pay for things like private schooling, tutoring, travel, and educational experiences, as well as higher education and greater access to higher-scoring schools in the suburbs,” the study says.

"If we can detect how much racism depletes wealth from black homeowners, we can begin to address bigotry principally by giving black homeowners and policymakers a target price for redress. Laws have changed, but the value of assets — buildings, schools, leadership, and land itself — are inextricably linked to the perceptions of black people. And those negative perceptions persist."