When 17-year-old James Rubin was shot in the forehead on March 17 and landed hard on Hough’s rough-and-tumble Bayliss Avenue, it wasn’t the first time a black child was killed by another in Cleveland.

Read the papers and witness firsthand why gunfire is officially the greatest danger to black teens, in their very own neighborhoods. But it doesn’t have to be, said those who came Wednesday night to rally about 50 grownups to action at East High. They called the event “Save Our Streets,” a vigil of sorts without the candles and tears. 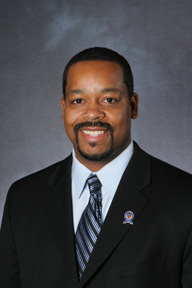 “And a majority of them, as I read down the list, were 1) black males, 2) young, and 3) usually the offender was a black male too, so we’re dealing with black-on-black crime here,” said Dow, whose uncle was shot dead when he was just a boy himself. “I know the hurt it does to a family,” he added. “You never get over it.”

A succession of police leaders and activists took turns expressing their hope in a concentrated effort to battle a grim reality, to start as many street clubs and youth programs as possible to divert children from the magnetic menace of the streets. And many said they believe that Dow, a former assistant county prosecutor, was the leader to pull it all together.

“[Late Councilwoman] Fannie Lewis was great woman, a legend,” said Black-on-Black Crime founder and WTAM radio host Art McKoy, a proud alum of East High, “and when Fannie Lewis came in, back in my day, it was like God sent her. But these are new times, and I think God sent Mr. Dow for now.”