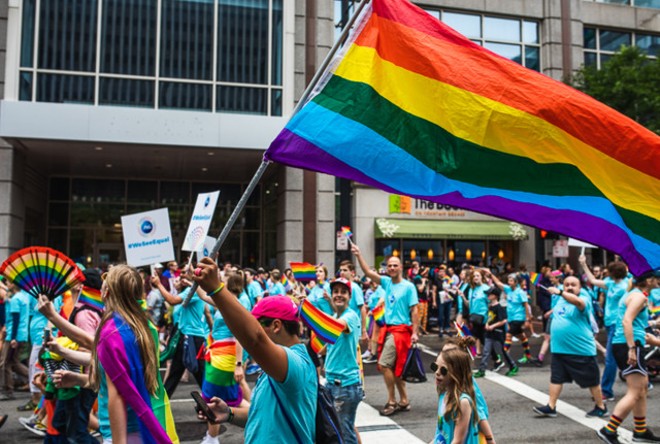 Brittany Thornton
On June 15, the Supreme Court ruled that the federal civil rights law, under Title VII of the Civil Rights Act, protects gay, lesbian and transgender workers from being discriminated against in the workplace. This ruling will extend protections to workers nationwide. However, there is still more to be done at the state level.

Equality Ohio has proposed the Ohio Fairness Act, which has currently been stalled, to implement similar protections at the state level.

According to the U.S. Equal Employment Opportunity Commission, businesses with 15 to 19 employees are covered by the laws that prohibit discrimination based on race, color, religion, sex (including pregnancy, sexual orientation or gender identity), national origin, disability and genetic information. Businesses with more than 20 employees are covered by laws that prohibit all of the above and also those that prohibit discrimination based on age.

Businesses with less than 15 employees are only covered by the law that requires employers to provide equal pay for equal work to male and female employees. So, if a business in Ohio employs less than 15 people, those employees will not be protected under the previously mentioned federal law. The Ohio Fairness Act will lower this cut-off number and grant more protections to small businesses and its workers.

The Supreme Court’s ruling on Monday only provides protections in regards to the workplace. The Ohio Fairness Act will extend these protections to include not only employment, but also housing and public accommodations such as the denial of restaurant seating on the basis of sexual orientation or gender identity.

More than two dozen localities in Ohio already have these protections in place, but it is crucial for this act to be passed statewide. Until an act like this exists statewide, there will always be areas where an LGBTQ+ person could lose their civil rights on their daily commute, according to the Equality Ohio website.

Grant Stancliff, communications director for Equality Ohio, urges community members to take action now so that the Ohio Fairness Act can be passed. Once the bill is voted out of committee, where it is currently stalled, it can then be considered for a floor vote by the entire Ohio Senate.

According to WOSU, "The proposal has been unsuccessfully introduced in every session of the legislature since 2008, but in the last few years won the support of the Ohio Chamber of Commerce and other business groups." (It is SB11 and HB369.)