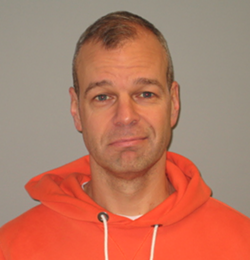 Campanelli Mug Shot.
Though John Campanelli, the suspended Crain's Cleveland Business publisher, was sentenced to 30 days in jail Monday for a disorderly conduct charge, Portage County Judge John Enlow suspended that sentence on the condition that Campanelli not commit a similar offense for a full year and that he continue counseling.

Campanelli thrice exposed himself to a female lifeguard at the Aurora Inn when he was a guest there in November and pleaded guilty in December.

"I guarantee this doesn't happen again," Campanelli said, in a brief apology Monday.

In addition to the suspended jail time, Campanelli was ordered to pay $250, plus $97 more in court costs.

Earlier this month, Campanelli pleaded guilty to a public indecency charge from another incident. He exposed his genitals to a newspaper delivery woman at his Hudson home in early November. His explanation was that he may have accidentally left his genitals exposed after urinating in his back yard, where he feeds his chickens.

He will be sentenced for that indecency charge on March 1, after which point he can begin to try to put this whole mess behind him.

Campanelli has said his actions were the result of childhood trauma that he'd kept secret for more than 30 years. He released a statement saying he hoped he could turn the situation into a positive by "working to help others come out of the darkness of childhood trauma."

Campanelli was promptly suspended from his position at Crain's after news of his arrest broke. Editor Elizabeth McIntyre has been installed as interim publisher, and current Crain's staffers say they are uncertain about whether or not Campanelli can reasonably return.