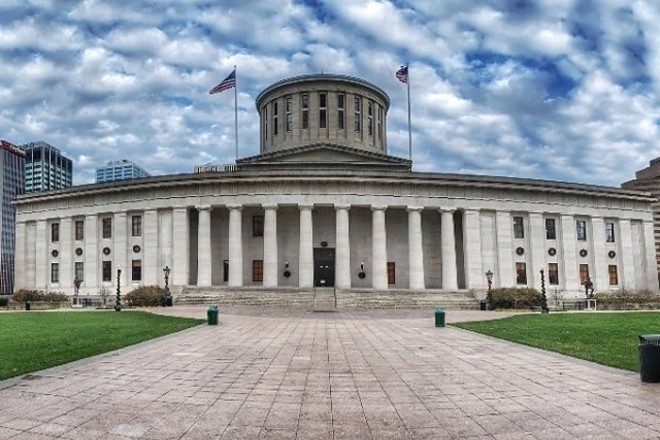 ARYEH ALEX/FLICKR
It took more than two weeks past a deadline mandated in the Ohio Constitution, but state lawmakers yesterday finally settled on a $69 billion, two-year spending plan for Ohio.

Today, Ohio Gov. Mike DeWine signed the budget, though he vetoed 25 provisions within the spending plan.

The budget, which passed 75-17 in the House and 29 -1 in the Senate, will increase spending by $1.4 billion, or about 4 percent, this year. The spending plan shakes things up in a number of policy areas: It ups the required age to buy tobacco and vaping products from 18 to 21, increases funding for programs for low-income families and children and provides $172 million for H2OHio, a program designed to protect some Ohio waterways.

Under the spending plan, Ohioans will get a 4-percent tax cut. That would save a person making $35,000 a year about $29 on their taxes. Those making less than $21,750 a year will pay no state income taxes after lawmakers eliminated the lowest two tax brackets.

So-called pass-through businesses will also get to keep a big tax break they've been receiving for a number of years — a tax exemption on the first $250,000 in revenues business owners report as personal income. Lawmakers in the House wanted to cut that to $100,000. The Senate passed on that idea but did exempt lawyers and lobbyists from getting the tax break. The exemptions are worth about $1.2 billion a year.

Lawmakers set aside an additional $550 million to provide mental health, counseling and other programs to students at public K-12 schools across the state. Other education provisions were more controversial: $125 million more for private school scholarships and money DeWine vetoed for fast-growing, wealthy school districts capped under the state's current funding formula, both moves Democrats opposed. Many Democrats also balked at a one-year pause on state takeovers of poorly-performing districts, saying they want the practice amended or stopped entirely. School districts in Lorain, Youngstown and East Cleveland will continue to be under state control as lawmakers and the Ohio Supreme Court mull changes to the process.

Democrats in the GOP-controlled General Assembly also weren't happy about a change to Ohio's primary day that moves voting forward to St. Patrick's Day and a move that will give so-called crisis pregnancy centers $7.5 million. Those clinics provide some health services to women, but do not provide abortions and sometimes counsel women against seeking them.

The budget also sought to provide $100 million in compensation to pharmacies to reimburse them for prescription drugs for Medicaid users and to eliminate the state's multiple pharmacy benefit managers in favor of having the state's Department of Medicaid work with just one manager in order to control costs. DeWine also vetoed that provision, however.

The budget retains a slight increase to the state's local government fund — which will increase revenues somewhat to cities like Cincinnati — and to libraries.

House Majority Leader Larry Householder said the wait was worth it. Democratic House Minority Leader Emilia Strong Sykes, however, said that "there were no wins in the delay" and that, while the budget "is not awful for the state of Ohio," it doesn't go as far as it should in many areas.

"Moments ago, I signed the #OHBudget, which lays the groundwork for a better #Ohio for future generations and makes unprecedented investments in children, families, workers, recovery, education, and more," DeWine tweeted today. "My team is compiling the final details and will release more info soon."