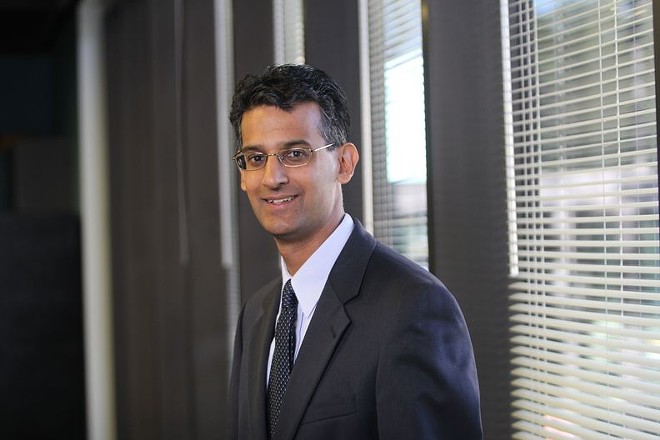 The Greater Cleveland Partnership, the region's influential chamber of commerce, has announced that Baiju Shah will be its next CEO. Shah is the director of the recently formed Cleveland Innovation Project and the senior innovation fellow at the Cleveland Foundation. He will assume leadership at GCP on April 12, taking over for the outgoing Joe Roman, who led the organization since its inception in 2004.

“I am honored to be chosen as the next CEO of the Greater Cleveland Partnership,” Shah said, in a statement provided to the media. “As the primary association for our businesses to focus on economic development issues, GCP presents a unique and powerful platform to enhance the prosperity of our region and its residents."

Shah will continue in his role with the Cleveland Innovation Project, a coalition of who's-who organizations within Cleveland's economic development ecosystem: not only GCP and the Cleveland Foundation, but the Fund for Our Economic Future, JumpStart Inc. and TeamNEO. It is one of several thousand emergent "innovation"-related districts and coalitions in Cleveland.

Shah's appointment is significant on its own, but also as one of several key leadership changes occurring simultaneously within Northeast Ohio's nonprofit sector.

Earlier this week, it was announced that Dave Abbott would be retiring as the President of the Gund Foundation. The former Plain Dealer reporter had led that philanthropic organization for nearly 20 years. A national search will be conducted to find his replacement.

Additionally, the Cleveland Chapter of the NAACP announced Friday that it had selected a new executive director. Crystal Bryant, formerly the director of Cuyahoga County's office of re-entry, would assume that leadership role, which has been vacant since former executive director Sheila Wright stepped down in 2015.

Danielle Sydnor is Cleveland NAACP's President. In a press release, she said that since 2019, the NAACP's leadership has been working to "reinvigorate current membership, drive growth in new memberships, and be more responsive to the demands of the community." A new executive director was viewed as critical to the task at hand.

Last month, the Downtown Cleveland Alliance's President and CEO Joe Marinucci announced that he'd be retiring as well, having led the organizations since it began in 2006.

These changes in leadership are all occurring during a pivotal election year in Cleveland. It is presumed that 15-year incumbent Frank Jackson will not seek another term in office, paving the way for fresh faces and fresh ideas at City Hall for the first time in well over a decade. This is something for which residents have been pleading for years.