Day laborers bite back at the hands that feed them. 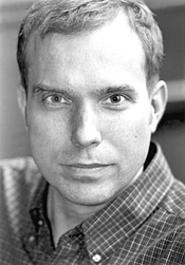 Walter Novak
Dan Kerr "would not shed a tear" if the temp agencies were driven out of business.

As the Browns game ends, a ragged set of bodies assembles outside the Carnegie Avenue office of Minute Men Staffing, hoping for a day's work. Some need money for food. Others need it for drink or drugs. If they weren't desperate, they wouldn't be here.

Cleaning up the stadium calls for about 250 people, who are bused from Carnegie to the lakefront. But there are always more who show up, which means Minute Men, the temp agency under contract with the Browns, gets to choose who works.

"They say, 'Whoever can sing the National Anthem gets the job,'" says one past worker. "They make assholes out of you. It's humiliating."

Minute Men supervisors cast off those too proud, says the man, and those who sing get ridiculed. But they get work.

Not good work, but rather a six-hour shift collecting the accumulated trash of that day's game. The man says the temp agency supervisors yell like drill sergeants at anyone who isn't quick enough.

It's called day labor, and it's a world apart from the temp work of secretaries and accountants. It means physical toil -- heavy lifting, cleaning, machine operating. And it usually means arriving at a temp agency at 5 a.m., signing a book, then waiting for the dispatcher to call your name. It's too risky to leave the room or even to doze in a chair -- you might miss hearing your name, which means losing a day's assignment.

"It seems like a mental institution sometimes," reports the worker, who asked to remain anonymous for fear the agencies will blacklist him. "I've seen grown men break down and cry. They say, 'Please, send me on a job.'"

Workers say they're usually assigned jobs that regular employees won't perform. "They work you like a Hebrew slave," sighs one man. Another recalls a day spent in a paint factory amid acrid fumes. The full-time workers wore oxygen masks. He was given a paper mask.

Compared to this kind of work, cleaning Browns Stadium is a sweet gig.

The primary appeal of day labor is that workers are paid immediately. But some also believe it's designed to keep workers on an employment treadmill.

"These [temp agencies] pay by the day because they're trying to get people who are impoverished, who need to get paid every day so they can eat," says Dan Kerr, a founder of the Day Laborers Organizing Committee.

Kerr says the companies that contract with the temp agency are often permitted to permanently hire a laborer after the person shows up 90 days in a row for the same job. Yet he says temp agencies often change the worker's assignment on the 89th day, keeping the person confined to day labor, where the temp agency takes roughly half his paycheck, its fee for placing him in the job.

Workers say more is subtracted for the van ride to a factory, or if the employer must loan goggles or gloves. Hence, $14 an hour -- the fee companies pay to the temp agencies -- can quickly turn into a mere $4 an hour.

The agencies get away with it, says Kerr, because workers don't have an alternative. This is where the Community Hiring Hall would come in.

Right now, it's more of an idea than an actual building, proposed by a coalition of social service groups and unions. But the hiring hall would essentially function like a temp agency, matching workers with jobs that pay by the day. The difference is the hiring hall would be nonprofit, taking from workers' checks only what it needs for operating expenses. Organizers say that would allow workers to take home $1.50 and $3 more per hour, which might be enough to move homeless laborers off the streets.

"The overall goal," says Brian Davis of the Northeast Ohio Coalition for the Homeless, "is to give people who rely on temp labor a fair wage and a working environment that isn't a safety hazard, and to make sure that they're not treated with disrespect by their employers."

If this sounds vaguely similar to a union, it's because a union's bargaining muscle is behind the idea. The United Labor Agency gave organizers $30,000.

Unions have long complained that temp agency workers are being used at the expense of union jobs. "If the mission of unions is to raise the standards of all workers -- which I firmly believe it is -- then we can't possibly sit on the sidelines during an effort like this," says Ken Ilg of the Hotel Employees, Restaurant Employees Local 10.

Of course, unions also want members, and as they negotiate with union companies, leaders will ask that the company contract with the hiring hall instead of temp agencies.

Ilg says the Browns are considering shifting their cleaning contract. Jacobs Field has also been approached. "I would say that, as the recipients of this huge public largesse that led to the building of those facilities, they have at least an obligation to look at alternatives, which can provide real jobs and decent wages," says Ilg.

Joe Granata, owner of Ameritemps, which holds the Jake contract, scoffs at the threat. "Am I worried about it? Not at all." Granata believes the hiring hall will charge the Indians more. "Business is business," he says, "and I don't think the Dolans want to spend any more money than they have to."

Besides, Granata complains, temp agencies get a "bad rap." He denies charges that his company deliberately thwarts workers from getting full-time work. Thirty percent of Ameritemps workers graduate to full-time employment, he says, and the company ensures that the work is safe, though Granata refuses to discuss wages.

Minute Men Vice President J.R. Lucarelli says his agency is too leery of workers' comp rates to send laborers to dangerous jobs. And if any Minute Men supervisor held National Anthem auditions at Browns Stadium, that supervisor would be reprimanded. "We have to be good to our workers, because if we aren't, they won't come back," Lucarelli says.

The hiring hall will soon lease space downtown and intends to launch a 30-day pilot program this spring. If the hall pays better wages, organizers say they can raid temp agencies' workforces, perhaps even drive them out of business.

"I would not shed a tear if that happened," says Kerr. "But I wouldn't underestimate the power of companies like Minute Men and Ameritemps."