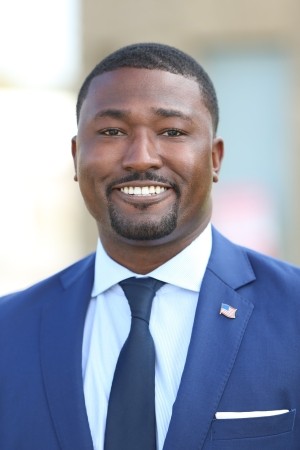 OhioHouse.Gov
Rep. Upchurch
In a letter to constituents Wednesday, FirstEnergy State Rep. Terrence Upchurch justified his prior support for the corrupt HB 6 and vowed to donate his contributions from the Akron-based energy giant to charity.

Among the nine Democratic state representatives with constituents in Cuyahoga County, Upchurch was the only one who voted in favor of HB6, which among other things greenlit a $1.3 billion bailout to two faltering nuclear plants toperated by a wholly-owned subsidiary of FirstEnergy. (The subsidiary, First Energy Solutions, has since spun off and is now known as Energy Habor.)

In his letter, Upchurch said he now supports a repeal in light of the "shocking" criminal allegations against Speaker of the House Larry Householder and his FirstEnergy-aligned posse.

“I fully intend to co-sponsor and vote for a bill to repeal HB 6, as this is the right thing to do," Upchurch wrote. "When considering my vote prior to supporting HB 6, I resolved to stand with labor and the everyday men and women whose livelihood depended on these jobs and the communities that would have been impacted. That preservation of livelihood has always been my purpose when supporting any legislation in the Ohio House."

Upchurch said he was "extremely disappointed" in the alleged actions of his corporate benefactor, "given their position as a large employer and corporate citizen in Northeast, Ohio." He said that his vote on HB 6, like all his votes, was merely based on his beliefs about what was best for his constituents and all of Ohio's citizens. He said he intended to donate the $3,500 he'd received from FirstEnergy's Political Action Committee to an unspecified charity.

"I remain humbled to have been sent to Columbus to work for the great citizens of District 10 and the state of Ohio," he wrote. "Serving the state that I love has been my greatest achievement. I look forward to your continued support as State Representative for District 10.”