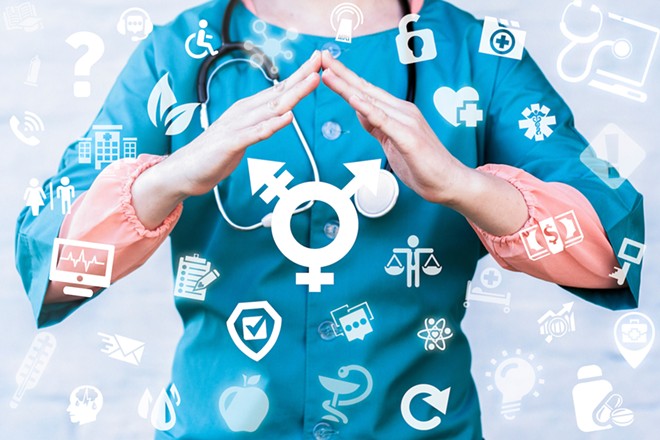 A hearing will be held today on a bill which would ban gender-affirming health care for transgender youth. The Save Adolescents from Experimentation Act, also called the SAVE Act, would ban Ohio doctors from prescribing puberty blockers, cross-sex hormones and surgeries to those younger than age 18.

Proponents argued vulnerable youths confused about their gender are becoming the subjects of irreversible and drastic procedures.

Eliana Turan, board member of the LGBT Community Center of Greater Cleveland and a transgender woman, said they are pushing a false narrative of youths in crisis.

"Let's say you're a 16-year-old old trans kid. In most cases, you're not going to be walking into a doctor's office and then walking out with a bunch of irreversible body modifications," Turan contended. "That's just simply not the standards of care in Ohio. I don't think anyone's trying to push for that."

The American Academy of Pediatrics recommends gender-affirming medical care for transgender youths. The SAVE Act will have its first hearing with proponent testimony in the Families, Aging, and Human Services Committee.

Maria Bruno, public policy director for Equality Ohio, said such a ban would take control away from doctors, counselors and parents, and would harm the mental well-being of transgender and nonbinary youth.

"The basic premise is that trans youth are just in a phase that they will grow out of," Bruno explained. "That is just not how the science and the research shows this to work. Actually, trans-affirming medical care decreases suicidal ideations."

The SAVE Act has two sponsors and two dozen co-sponsors, all Republican. Turan asserted as an Ohioan, she believes elected officials should be focusing on important issues.

"As a military veteran who served for six years in uniform during the 'don't ask, don't tell' era, this is not an example of the freedom and protection that I worked so hard to afford to my neighbors," Turan remarked. "It certainly isn't the way that we should be treating our trans neighbors. "

An Arkansas ban passed last year is temporarily paused pending a legal challenge. Similar bills have been introduced in more than 30 other states.