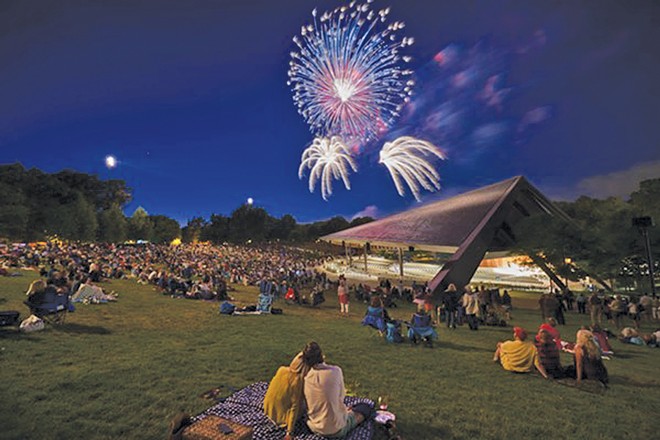 Photo by Roger Mastroianni, courtesy of the Cleveland Orchestra

The calendar page just flipped over to July, which means that the Blossom Music Center is open for business in Cuyahoga Falls, and that the Kent Blossom Music Festival is gearing up a few miles away on the Kent State University campus.

The first Kent Blossom Faculty Concert on Wednesday, July 3 at 7:30 pm in Ludwig Recital Hall will feature Cleveland Orchestra principal cello Mark Kosower and pianist Jee-Won Oh. They’ve put together an interesting program of music by Beethoven, J.S. Bach, Chausson, and Schubert and you can read an interview where Kosower talks about their choices here. Tickets for the performance are available online.

The Blossom Music Festival itself launches with identical programs by the Blossom Festival Band under the baton of Loras John Schissel on Wednesday, July 3 and Thursday, August 4, both at 8:00 pm. The selections, tailored for Independence Day, include Sousa marches, Broadway favorites, and an Armed Forces Salute, concluding with fireworks if the weather cooperates.

You’ll also have two shots at The Cleveland Orchestra’s opening concert. Roderick Cox conducts the ensemble on Friday, July 5 and Saturday, July 6, both at 8:00 pm. The main event is Gershwin’s Rhapsody in Blue with Aaron Diehl at the piano, but other choice items on the program include Bernstein’s Symphonic Suite from On the Waterfront, Stravinsky’s Suite from The Firebird, and Tchaikovsky’s 1812 Overture. Fireworks to follow, if the weather gods allow.

Then on Sunday, July 7 at 7:00 pm, the Orchestra welcomes guest conductor Lucas Richman and vocalists Noel “Paul” Stookey and Peter Yarrow, two-thirds of Peter, Paul and Mary, for a retrospective of their anthems of social change, including If I Had a Hammer and Puff the Magic Dragon.

Buy your tickets here for all Blossom events, and remember that the Orchestra offers two free lawn passes to under 18s with each adult ticket purchase.

And on Sunday, July 7 at 2:00 pm, the grand finale of ENCORE’s “Sunday Unplugged” series will bring violinists Brendan Shea, Pasha Sabouri, and Roman Fraser together with violists Hanna Lee, Julia Clancy, and Dimitri Murrath, cellists Dorothy Ro and Max Geissler, pianist Kwan Yi, and young artists to be announced for chamber music by Bloch, Dvořák, and Bartók. Performances are in the intimate space of Tudor House, and you can order tickets online.

For more concert events and details, visit our Concert Listings page at ClevelandClassical.com.