The Cleveland Baseball Team Changed Their Name, and I'm Triggered 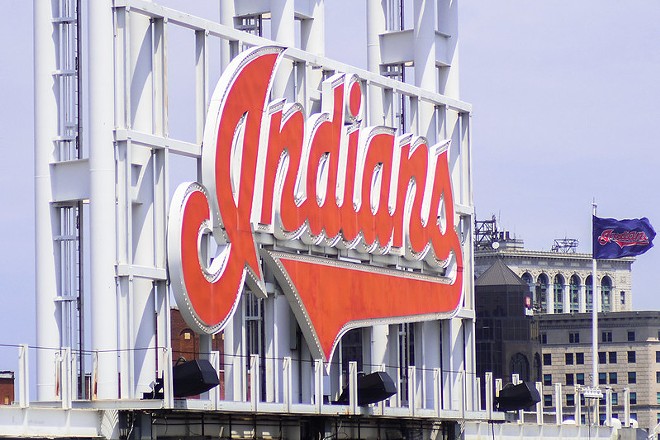 Erik Drost/FlickrCC
Indians will be no more soon

It was bad enough when the Indians dropped the Chief Wahoo logo. That’s when I said to the missus, “Eunice, we ain’t watching the Tribe no more.”

“You’re a grown man, Harry,” she says to me. “I think you can live without a cartoon Indian.”

“That ain’t the point,” I says. “The point is tradition.” But I shoulda known you don’t get between the missus and her television.

“If you think I’m gonna spend the rest of my days watching 2 Broke Girls,” she says, “you can divorce me now and take up with the widow McCarthy.”

That was the end of my boycott.

But now I’m fixing to boycott again. When the Indians changed their name to the Guardians, it was what a guy might call your assault on our heritage.

“What heritage?” asked Eunice. “You mean the one where we killed all the Indians and stole their stuff?”

“Or how we made ‘em move to Oklahoma and eat weed soup for supper?”

“Eunice,” I says, lowering my voice to bring a little calm to the situation. The missus can get dangerous when she’s fired up. “I’m just tired of these woke corporations shoving their woke stuff down our throats.”

“I thought you were for free enterprise, Harry? You’re always ‘private this, private that.’”

“I think you got yourself triggered, Harry.”

It was a low blow, even for Eunice, who’s been known to punch below the belt in what you call your domestic fracases. “Woman,” I says to her, “Harry Kowalcyzk has never been triggered in his life.”

“You’re right,” she says. “If you don’t count kneeling for the National Anthem. Or bike lanes. Or when them Arabs bought the Cizeks’ house.”

“Woman, you’re twisting this all round,” I says, reasserting my authority as the man of the house. “Even the Portage County sheriff says his grandpa would roll over in his grave about this Guardian thing.”

“So you’re saying a private company can’t change the name of a product if somebody’s grandpa used it? Maybe the sheriff could use a safe space.”

“Eunice, you know it ain’t like that. Even our greatest president, Mr. Donald J. Trump, says it’s an insult to the Indians, taking away their name like that.”

“Yeah, I’d be pissed if there wasn’t a team named after an offensive cartoon me with a giant snout and beaver teeth.”

I took a moment to collect myself. Fighting with Eunice ain’t what you call your quality time. She got a way of diverting the topic to facts and logic when the point is to just be mad. But once she erupts, there’s no putting the volcano back in the ground.

“So is this gonna be like the time you boycotted over $9 beers? Or having too many immigrants in the lineup? Or when they started serving yuppie food?”

“Naah,” I says, a little too meekly for my taste. “This is for good. From here on out, call me a Pittsburgh Pirates fan.”

“That’s good, Harry. Real good. Now maybe you can take your triggered ass to the basement and watch some 2 Broke Girls. The Guardians game is about to start.”