Our first annual comics issue is here, and you're going to love it

1976: The first issue of "American Splendor" by Harvey Pekar is published.

We asked five artists to craft full-page comics for this inaugural issue, all based on the loose theme of "Cleveland: Past, Present, and Future."

This issue is a long overdue tribute to the extensive and proud history of comics in Cleveland – one that ranks up there with any other city in the country, really – and a showcase of the talent that still resides along the shores of Lake Erie.

From the Man of Steel to Pekar, from longtime Scene contributor and current PDer Derf to folks like Marc Andreyko (DC Comics, "Manhunter") and Brian Michael Bendis (Marvel, "Ultimate Spider-Man," "New Avengers"), who hailed from Cleveland but hit the big-time comics jackpot nationally, to the scores of working illustrators and writers too numerous to name here, Cleveland boasts unparalleled heritage and skill on the panels.

We're happy to help contribute to that tradition, ecstatic with what our five contributors came up with and humbled to be able to give their incredible work the attention it deserves. Enjoy each panel by clicking on the images below. 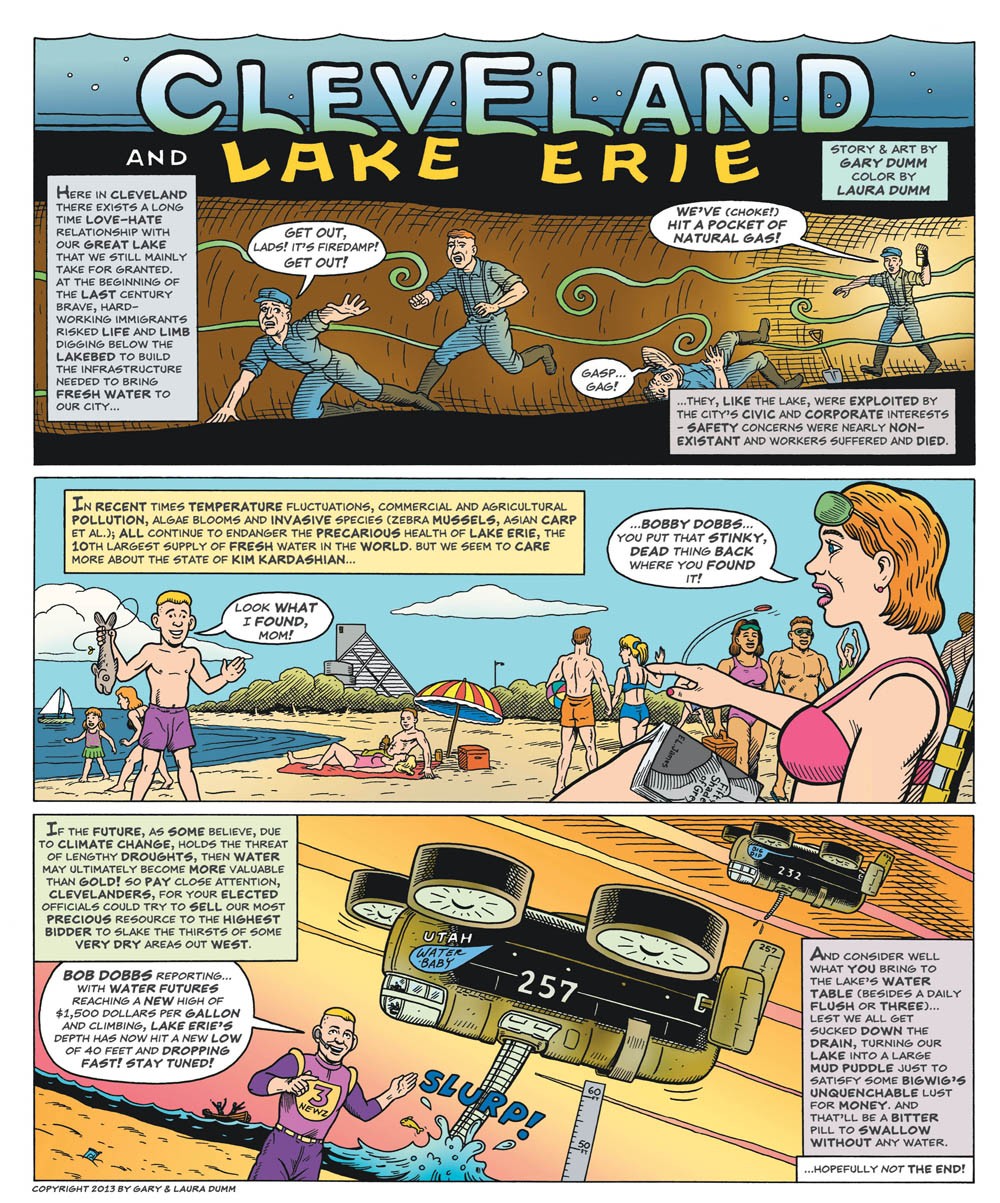 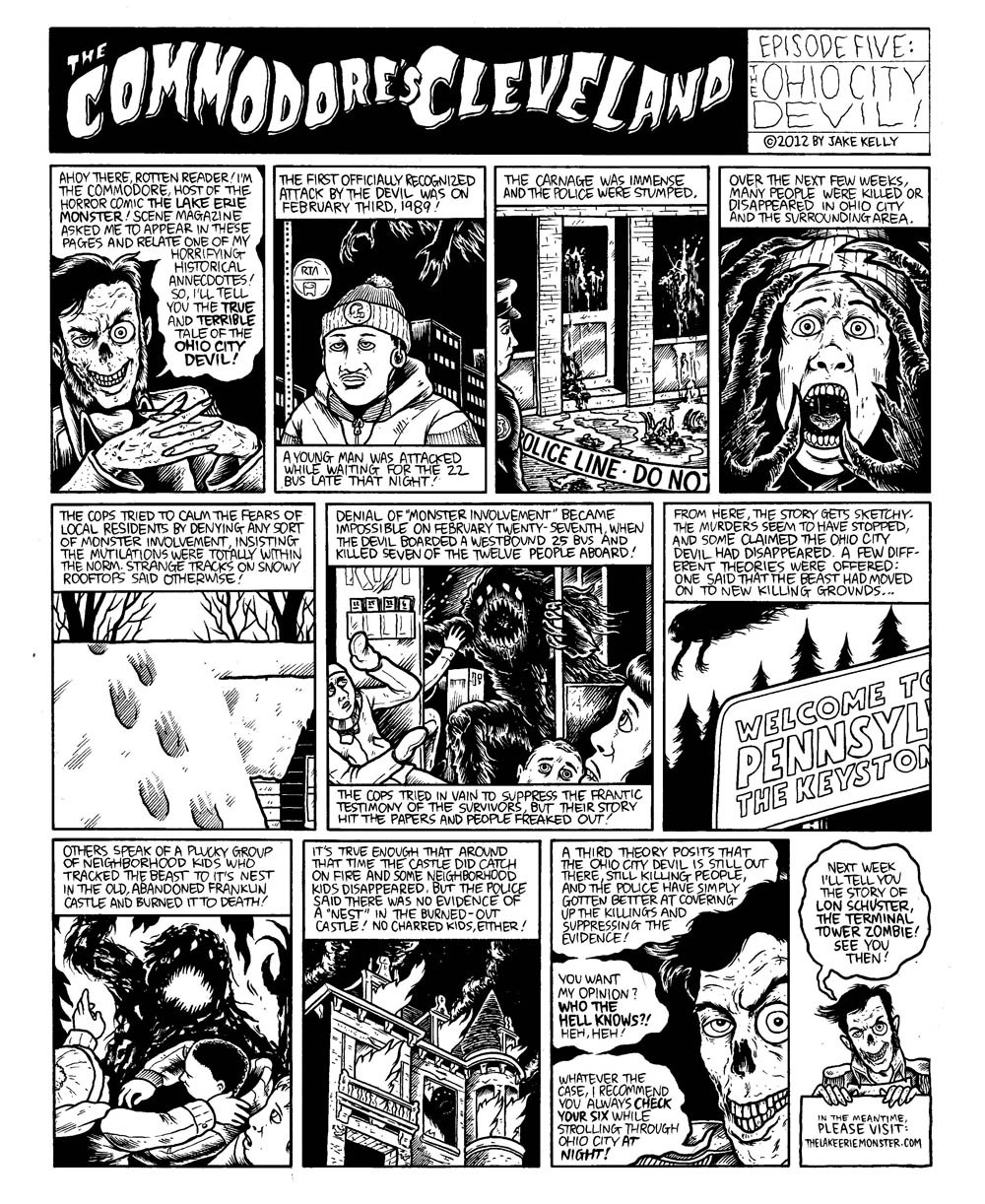 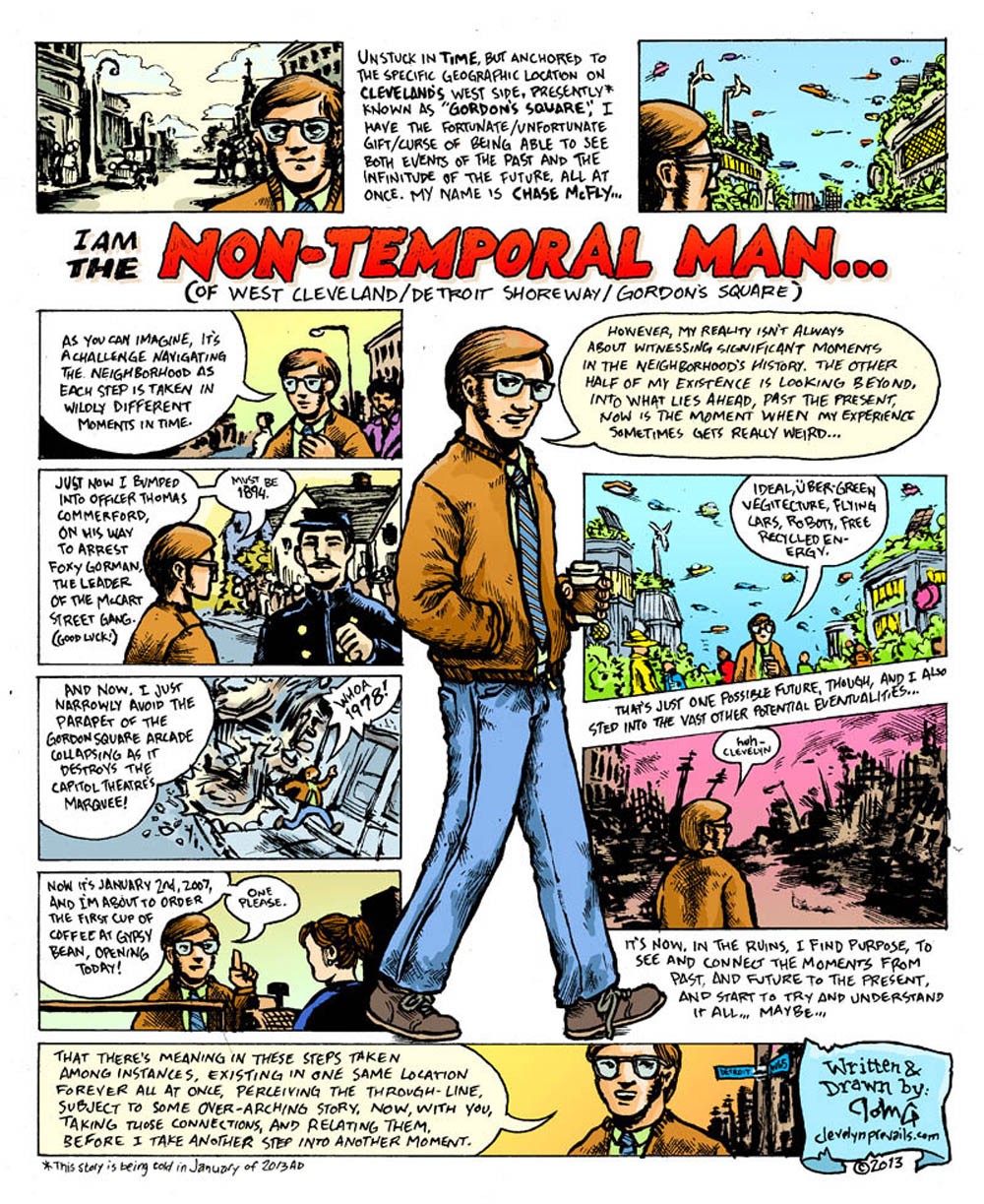 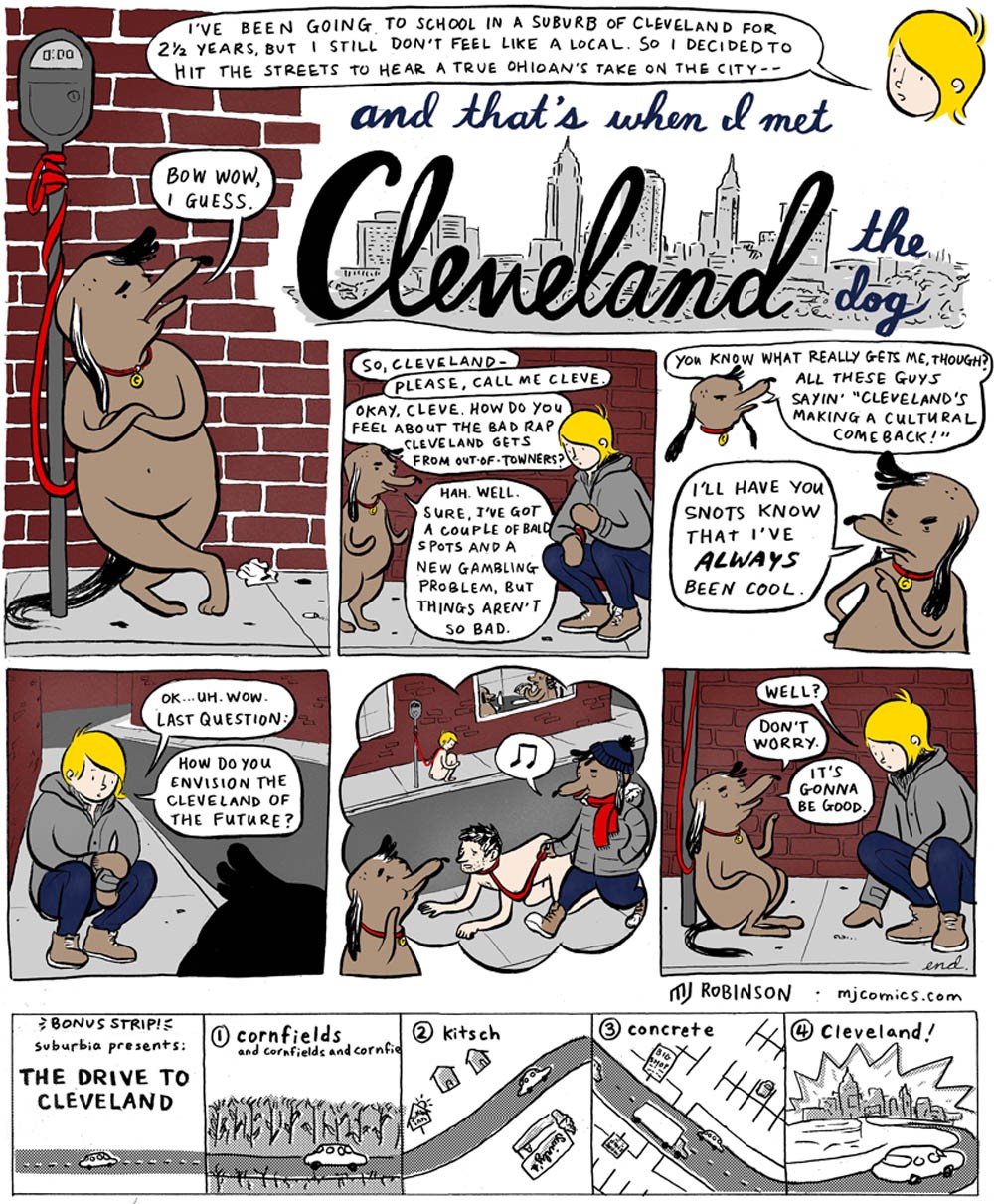