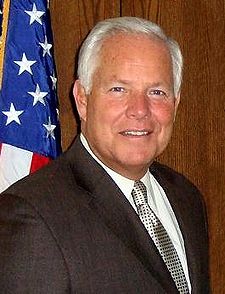 Big surprise: The Don of Rubber City is still in the big chair.

Detractors can suck it, says Akron Mayor For Life Don Plusquellic of the latest attempt to depose him in a recall election on Tuesday. In 2007, the darling of the national mayoral set won his unprecedented sixth term. So it was no surprise to anyone — even his chief opponent, lawyer and ex-councilman Warner Mendenhall — that Plusquellic came away with about 75 percent of the vote.

At his downtown victory party at Musica, he recounted for the assembled suits something his grandmother told him when he was a star quarterback still made to earn his booze money at McDonald’s: “There will be a small percentage who, no matter how hard you work, they will never be satisfied."

Yes, if we linger too long on what the little people out in the neighborhoods want, how will downtown business interests flourish? “If we dwell on them,” he continued about his opponents, “if we let them set our agenda, God help us.”

His castle is starting to look pretty impenetrable. 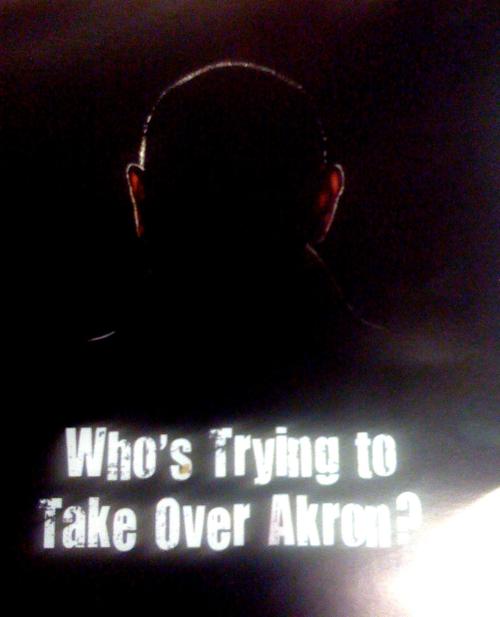 Warner Mendenhall, the Akron attorney who led the recall campaign on a promise to spread some dough more equitably across the city, raised just about $7,000 to Plusquellic’s $300,000 on the recall effort. And seemed at a loss for material just before the big day: He was sending e-mail blasts about “identifiably racist” flyers that Plusquellic had just mailed out with the warning “WHO’S TRYING TO TAKE OVER AKRON?” The flyers featured dark silhouettes that Mendenhall tried to say looked like black people. We really can't tell.

Mendenhall also alleged that Plusquellic hadn’t given his Change Akron Now group all of the millions of documents they’d gone fishing for in Sunshine Law requests. And he tried to point out how Plusquellic allegedly told a cop that if the police union endorsed the recall they’d end up “driving sleds before they get new cruisers.” Scene wanted to get this from the mouth of the cop who heard this, anonymously or not, and Mendenhall supplied the number of a retired cop who didn’t return our calls.

The cops did end up endorsing Mendenhall, though. Everyone else, it seems — from Chief Pretender Cryssie Hynde to each and every downtown business interest — was all over Plusquellic’s jock.

But Mendenhall didn’t seem disheartened on Wednesday. He said he listened to audio files of the losing and winning parties Tuesday night, and it seemed like there was more merriment at theirs. “They had a party at Musica, and we were at the diner,” says Mendenhall, “but ours was the one that sounded like a victory party.”

Mendenhall’s wife, Kelly, announced her plan to run for an at-large Council seat this year, and Mendenhall vowed to keep Change Akron Now alive. If they have to keep making their own yard signs, then so be it.
“We’ve gotten campaign finance reforms in 2000, fought [successfully] against a tax increase in 2007 and most of us worked to get a charter change to keep our utilities local,” he recounted. “I think the folks we worked with on CAN came out feeling very empowered that we are not passive citizens,” he said. “And maybe that’s why there was a sense of celebration last night in the face of what looks like a massive defeat.”

Calls to Plusquellic’s staff went unanswered. That Musica sure can throw a party. — Dan Harkins