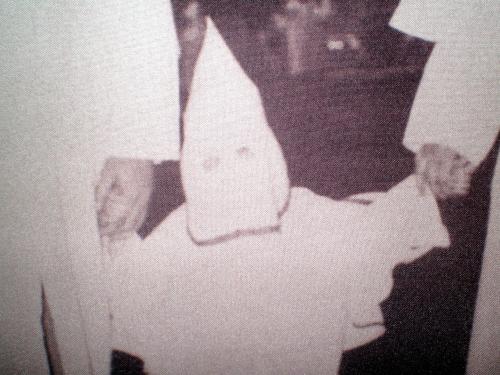 The United States was founded by violent revolutionaries, so there’s a certain karmic logic in its enduring attempted uprisings from time to time. That’s the (perhaps unintended) subtext of The Enemy Within: Terror in America 1776 to Today, a new exhibit at the Maltz Museum Of Jewish Heritage in Beachwood (on loan from the Spy Museum in D.C.). Using images, artifacts and a few videos, the exhibit lays out the history of our reactions — and overreactions — to real and perceived threats posed by some living among us: German operatives blowing up a New Jersey munitions depot in 1916; Japanese Americans interred in camps during World War II; white nationalists plotting race wars; communists; white supremacists and militias; and of course, Muslims after 9-11. Also examined is the government’s tendency to overreach its authority, investigating and sometimes persecuting citizens with varying degrees of probable cause. One highlight is a brief video on the Weather Underground, whose history was dredged up and distorted for political reasons during the recent presidential campaign. The lone disappointment is the surprisingly alarmist video Under Siege, which takes on the threat of terrorism with all the subtly and nuance of the color-coded threat chart that the Bush administration was so fond of goosing whenever it needed to change the subject. Someday it will seem as amusingly overwrought as the ’50s anti-commie film shown elsewhere in the exhibit, in which Jack Webb solemnly intones, “Freedom has a price and its price is vigilence.” The Enemy Within opens today and runs through August 16. More photos after the jump. — Frank Lewis