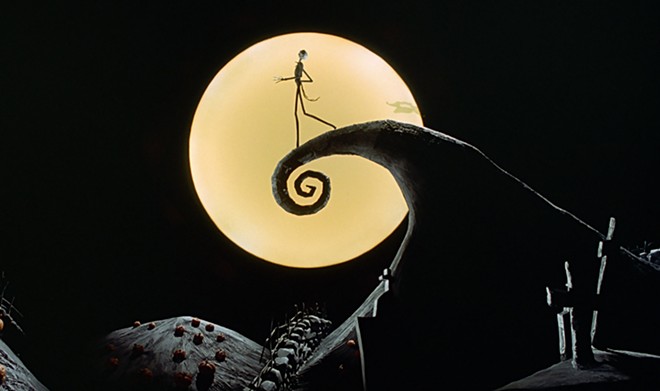 Christmas takes over the classical music agenda for the next two weeks. Here’s a selection of concerts that venture outside the usual.

Want to sing Handel’s Messiah without having to join a choir? Trinity Cathedral in downtown Cleveland invites you to join Todd Wilson and Trinity Chamber Orchestra for its annual flash mob-style Messiah Sing on Wednesday, December 13 at noon. Bring a score or borrow one of the Cathedral’s, and be generous with your donation — it pays for the professional orchestra.

Burning River Brass, Cleveland’s first-class brass and percussion ensemble, will pop up for 7:00 pm concerts in several area venues, including Pilgrim Congregational Church in Tremont (Thursday and Friday, December 14 and 15), Painesville United Methodist Church (Tuesday, December 19), and the Church of the Resurrection in Solon (Thursday, December 21). Freewill offerings will be accepted, and Pilgrim will also take in non-perishable food items for local distribution.

Les Délices (or LD), Cleveland’s French Baroque ensemble, will join soprano Amanda Powell for a free concert of off-the-beaten-track seasonal music at St. John’s Episcopal Church in Ohio City on Friday, December 15 at 7:00 pm. A sing-along and cider & cookies are included, and a freewill offering benefits the Institute at St. John’s.

Cleveland Opera Theater is behind a second production of Gian Carlo Menotti’s Amahl and the Night Visitors this season, this one featuring Amber Monroe as the Mother, and Brian Keith Johnson, Timothy Culver, and Cy McFarlin as the three kings. There are performances on Saturday, December 16 at Holy Rosary Church in Little Italy, and on Sunday, December 17 at Old Stone Church in Public Square, both at 7:00 pm. Donations benefit Laura’s Home at the City Mission.

If visions of sugar plums are already beginning to cloy, you might need a dose of Tim Burton’s cult classic film, The Nightmare Before Christmas. The Cleveland Orchestra takes a two-night break from its ten Christmas Concerts to play Danny Elfman’s score live under the direction of its new assistant conductor, Vinay Parameswaran. Watch Halloween Town invade Christmas Town at Severance Hall on Tuesday and Wednesday, December 19 and 20 at 7:30 pm. Buy tickets online.

Finally, welcome 2018 with Carl Topilow and Cleveland Pops Orchestra on December 31 at 9:00 pm at Severance Hall. The concert features vocalist Connor Bogart O’Brien in rock-and-roll classics by Elvis, Neil Diamond, Billy Joel, The Beatles, Frankie Valli, and others. Dancing follows in both the Grand Foyer and in the Smith Lobby until 1:00 am. Book your seats online.