When President Bush quoted a soft-spoken CSU professor, he started an ideological brawl. 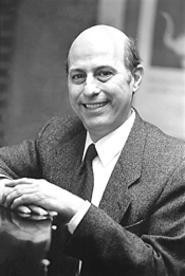 Walter Novak
Forte's "terrorism expert" status has led to questions he's unable to answer.
David Forte was watching President Bush's September speech to Congress when he heard his own words come from the President's mouth.

After September 11, the Cleveland-Marshall law professor had become a man of the moment in Washington conservative circles. A friend at a think tank sent some of Forte's writings on Islam to several Bush administration officials. The night of the speech, Forte was in Washington, ready to talk to a congressional committee in a closed-door meeting the next day.

As he watched the address at a friend's house, the President accused Osama bin Laden of trying to spread "fascism," "pervert" Islam, and "hijack Islam itself" -- phrases lifted straight from Forte's writings.

"My hands shot up in the air," Forte says. "I felt thrilled."

Since then, the contemplative professor has been busy making appearances on shows from Fox to C-SPAN to CNN. Anchor Judy Woodruff has dubbed him an "expert on Islamic extremism." His soothing message: Bin Laden and his ilk aren't real Muslims, but fringe-dwellers distorting a great religion.

When The Washington Post revealed Forte's influence on Bush's speechwriters, however, the professor was left squirming under nationwide scrutiny. Suddenly, pundits were taking knives to him in print, saying he doesn't know what he's talking about, that his biases lead him to underestimate bin Laden, and that he's too pious to admit religion can cause evil. So the gentle Forte had to emerge from the careful world of academic discourse and pick up a knife himself.

In his cramped office at Cleveland State, where he's taught constitutional law for 25 years, books on Islamic law rest behind his desk. One wall is lined with books that peg him as a conservative Catholic: tomes by Robert Bork and Antonin Scalia, classics from St. Augustine and Thomas Aquinas. Abortion Malpractice, reads one title. An anti-abortion prayer flier lies on his desk.

Forte's right-wing credentials are impeccable. He's taken breaks from CSU to join the conservative Heritage Foundation as a visiting scholar and to work at the United Nations under '80s cold warrior Jeane Kirkpatrick. He helped write a paper for the Vatican about how fathers should lead Catholic families. His work helping two Christian asylum-seekers from Muslim countries led him to testify before Congress, where he pushed the government to defend religious freedom and human rights abroad.

And he's fascinated by Islamic law. He's studied it for most of his time at CSU, published a book about it in 1999, and teaches a class on it every other year or so.

One of his pet theories is that violent Muslim radicals are similar to the Kharijites, a seventh-century sect that insisted on religious perfection and killed all who disagreed, but were eventually suppressed and labeled heretics for their stubborn hatreds. Forte argues that radicals like bin Laden have no real place in the Muslim faith.

That's the argument that caught on after September 11. It helped Bush declare war against terrorism while preaching tolerance toward Islam, in words religious conservatives could respect. Forte says his writings simply "affirmed what was an instinct in President Bush's mind" -- that is, "You don't condemn a religion for the excesses of some of its adherents."

But once Forte's influence on Bush was revealed, the professor became the whipping boy in a surprising, ironic debate. While conservatives like Bush defend Islam from bin Laden, liberal magazines have published articles asking whether Islam has a deep violent streak.

Andrew Sullivan, whose essay "This Is a Religious War" appeared in The New York Times, keeps ripping into Forte on his website, calling him "Bush's Catholic ghostwriter," as if that's an insult. The New Republic writer Franklin Foer devoted an article to trashing Forte, painting him as a fraud because he doesn't speak Arabic and Islam isn't his primary specialty. Foer charged that Forte misunderstands bin Laden's place in the Muslim world.

Forte fought back in the conservative National Review Online, charging that Sullivan and Foer "seek to turn the response to bin Laden into a campaign against religion itself." He accuses Sullivan of playing into bin Laden's hands by portraying him as a religious hero.

Such sniper fire is the trade of talking heads -- the more bellicose the better. But Forte admits to being thrown off by the rules of engagement. "I don't mind debates at all. I am uncomfortable if the language becomes personal."

Yet academics have also taken exception to his logic. Marius Deeb, a professor of Middle East studies at Johns Hopkins University, told The New Republic that Forte "doesn't know what he's talking about" and "misses the real story" about bin Laden.

Deeb argues that bin Laden belongs to a rigid but influential movement in modern Islam, and his arguments are based on mainstream Sunni thinking. Hence, they resonate. "Bin Laden has tremendous influence. It's not a majority of Muslims. But if you have millions of supporters, that's enough to go on and fight."

David Cook, who teaches Islamic history at Rice University in Houston, adds that Forte's focus on the Kharijites is a "fixation" that's "a little astonishing."

But Alan Godlas, religion professor at the University of Georgia, thinks Forte's comparison is apt. Both bin Laden and the ancient sect have been "willing to sacrifice order . . . for their particular pure version of Islam."

Though Forte's theory raises eyebrows among scholars, it sounds good in the popular press, which hasn't hesitated in hailing him as an authority on Islam. The City Club of Cleveland, previewing his recent talk there, even called him a "terrorism expert."

But now that he's been anointed an expert, interviewers and talk-show callers ask him questions he can't answer. People quiz him about Muslim culture in America and even ask him how to solve the Arab-Israeli conflict. He admits he doesn't know.

Forte spends about four hours every morning cramming for media appearances -- reading newspapers and magazines, even boning up on the tribal structures of Pakistan and Afghanistan. "Since people ask questions, I want to give them an informed answer." But his reading has distracted him from writing a history of the early American legal system and contributing to a Heritage Foundation guide to the Constitution for congresspeople.

If studying Islam is really only a side project for Forte, why does he accept all these speaking invitations? "I may have developed insights that are accurate and important, and I put them out for other people to consider," he says humbly, looking hurt. "I try not to put myself out as an expert."

He asks his hosts to bill him simply as a professor who teaches Islamic law. Some add the word "expert" anyway. "I never ask them to do that."