The Top 10 Biggest Cleveland Stories of 2018 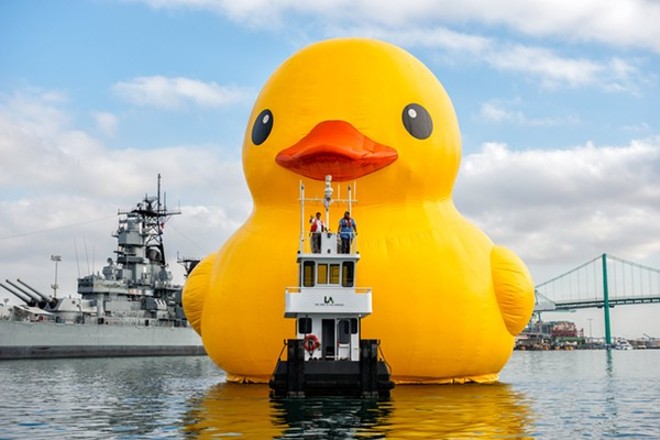 Photo via Wikimedia Commons
In the waning days of 2018, we wanted to look back at the stories that mattered most to our readers over the year. Scrolling through the list of the stories that garnered the most attention, they run the gamut from silly to serious and everything in between. Some took months to report and write and others were written in a fiery haste.

10. Judge Daniel Gaul, of Serial Season Three, Is Up for Re-Election and He's Running Against a Woman
As senior writer Sam Allard reported, Cuyahoga County Court of Common Pleas Judge Daniel Gaul, whose courtroom rhetoric and sentencing tactics the Serial podcast put under a microscope, did defeat Wanda C. Jones in November in the county's closest judicial race. But it wasn't without some controversy.

9. In Memory of Nikki Delamotte
"There are no words, at least none up to the task, to describe what has been taken from Cleveland in this senseless act of gun violence. If they existed, we'd need Nikki to find them," food editor Doug Trattner wrote about the tragic passing of Cleveland.com reporter Nikki Delamotte.

8. 60 Years In, Geraci's Restaurant Makes Moves with a Second East-Side Location
News of the Cleveland institution expanding enticed and excited out readers. The new location is now open in the former XO Seafood & Oysters (29425 Chagrin Blvd.). Read our review of the spot right here.

7. Welcome to the Best Of Cleveland 2018
For this year's Scene Readers' Choice Poll we pitted east side against west side for a best of battle for the ages.

6. Here's Where to Get Your Free Bud Light if the Browns Actually Win Tonight
Thankfully, Browns fans did finally get to open those Bud Light Victory Fridges that blessed day of Thursday, Sept. 20, 2018.

5. Some Class Act Drew a Huge Penis in the Snow This Morning in Downtown Cleveland
The headline here says everything that needs to be said.

4. Lies, Damn Lies and the 450 Acres of Prime Real Estate That is Burke Lakefront Airport
"With fewer flights and fewer reasons than ever for keeping Burke open, why won’t Cleveland seriously study what it could be used for instead?" freelancer Daniel McGraw wondered in this cover story.

3. The World's Largest Rubber Duck Sails Through Lake Erie This Weekend
Yes, a huge-ass duck came to the Bicentennial Celebration and Festival of Sail in Sandusky this year, and our readers went hog-wild for the news.

2. Cleveland-Area Bahama Breeze Calls Police to Make Sure Black Sorority Members Pay Bill
Per our story: "This isn't the first time Bahama Breeze has come under fire for their racial insensitivity. Back in 2009, it paid $1.26 million to settle complaints about alleged racial harassment of 37 black workers at this exact location."

1. Ohio is About to Get a $2 Billion Entertainment Park Bigger Than Disneyland
Our biggest story of the year by far was about the potential for a huge amusement park to be built outside of Columbus. As of right now, those plans are on hold.