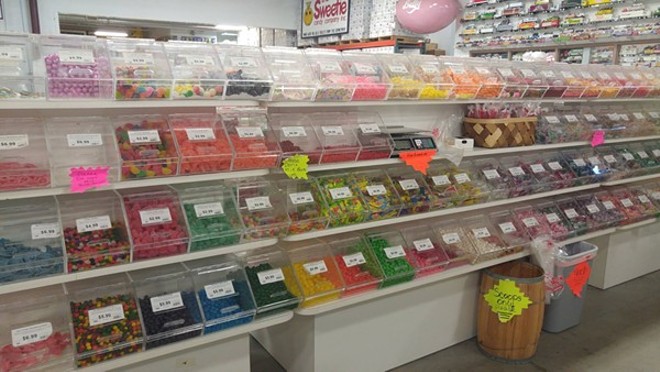 b.a. Sweetie Candy Company Inc. Facebook photo
It's that time of year again to give up those current obsessions for Lent. And while typically your choices for the 40 days of abstinence is something like candy, video games and pop, we dare to spice up tradition and with these 10 Cleveland-themed recommendations.

1. Give up your Browns season tickets. It's no question the Browns tend to offer only pain and suffering. You put up your hard-earned dollars only to be disappointed. Giving these seats up (indefinitely) would not only be easy, but actually beneficial to your bank account and blood pressure.

Photo Courtesy of Dylan Nissen via Instagram
2. Stop drinking, unless you're supporting locally-made brews.  We know alcohol is essential to surviving, relaxing and celebrating. So we're not saying give it up completely, but instead support what's in your own backyard — such as, Great Lakes Brewing Company, Market Garden Brewery or even Cleveland Whiskey for all the liquor lovers out there.

3. No meat on Fridays, obviously. This may be something you already give up for the seven Fridays during Lent. If so, then congratulations, and if you need help you can check out our recent Cleveland fish fry event guide.

4. Wearing your Chief Wahoo hat in public. We've written much on the subject here and here.

5. Your hatred for Isaiah Thomas. Hate is such a strong word. We understand that Thomas didn't seem to want to be the prince to the king, LeBron James, but he's gone now. In fact he's over 2,000 miles away. Cleanse the IT hatred out, and instead enjoy the success of being the bigger person.

6. Your daily Starbucks latte. Let this caffeine stop go and grab your fix somewhere else. We recommend supporting your local coffee and tea shops such as Civilization or Pour Cleveland.

8. Chocolate. It's the No. 1 thing people give up for Lent, but we won't tell if you stop in at b.a. Sweetie Candy Company every now and then.

9. Driving. We know it's winter, but biking, walking and taking Cleveland's public transportation a few times a week can make a big difference on our economy (and your health).

10. TV. You're probably wondering how you're supposed to keep up with the Kardashians or the latest tear-inducing episode of This Is Us? Go ahead and set that DVR and instead read everything that's going on at Scene, along with a whole bunch of local outlets.