Things To Read That Might Not Suck: Someone's Got a Crush on Dan Gilbert Edition 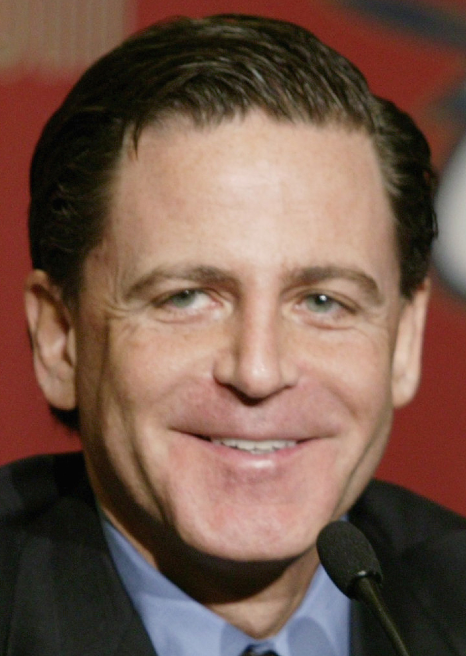 Subtitle: Dear lord my blackjack habit can't handle a casino next to the parking lot I use for work.

— Cleveland mayor Frank Jackson is lining up next to Dan Gilbert on the whole Ohio casino thing:

The casino, which Gilbert plans to build along the Cuyahoga River near Tower City Center, would generate new revenue for the city and help spur development unrelated to gambling, Jackson added. The mayor also praised Gilbert's role in the proposed venture.

"Dan Gilbert has already invested heavily in Cleveland, and everything he touches - from the Cavs to The Q to his other interests - has been handled in a first-class manner," Jackson said.

— The Tribe is gonna cut a $33,500 check to Winter Haven for some reason. Maybe they can paint over that Chief Wahoo on the water tower now.

— Let's Go Tribe's "Fire Everyone" series continues with "Fire Everything." Money grafs below:

Precisely how sad does the career of Travis Hafner have to become before we stop mocking him with this now totally inappropriately named mezzanine section? Ever heard of "Huffland"? "AlexeiRamirezCove"? "OverbayBay"? No, because they don't exist. A 15 HR hitter doesn't get a deck named after him.

It's got to go. Business-casual represents a compromise of the most basic values of polite society. Either you believe that clothes matter or you believe that clothes don't matter. Go with whichever philosophy you'd like but don't try to snow me into thinking that you're dressed appropriate for a backyard barbecue and a wedding reception with the same outfit. Be a professional or be an outlaw. Don't be a guy who doesn't want to stick out at the meeting but also wants pants that feature something called a "comfort fit waistband." Stand for something. Make a choice.

— Feel the need to watch that old McDonald's commercial with Braylon Edwards, Charlie Frye and Bone Lady? Here you go.

— The Kardiac Kid breaks out all the SI covers that feature Cleveland athletes in less than favorable positions after last week's Adrian Peterson image with D'Qwell Jackson laying prone and helpless.