Things to Read That Might Not Suck: Um, I Hope You Bought Some White Paint For Next Summer Just In Case Edition 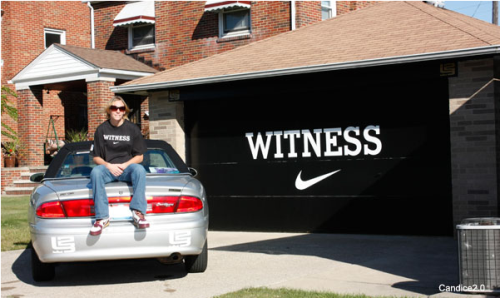 — Doug Lesmerises once again goes to great lengths to explain his controversial AP ballot. This time? Oh, he forgot about Washington. While that didn't effect where the Huskies would have ended up had he included them, it's just another strange move in his votes. I'm actually very entertained by this, mostly for all the reaction he's getting. (Cleveland.com)

— Shoals takes on the notion of NBA stars factoring hometown's into free agency decisions over at The Sporting Blog. (TSB)

— Poorly drawn arrows, jokes, and the phrases "little dick" and "biggest dick ever" are used by Spencer Hall to explain why sometimes OSU gets the shaft when it comes to voting. (EDSBS)

— OMGZZGZGZGZGZG!!! Shaq's having a party at the Barley House! OMG!

— Ever wondered what perennial stars in the NBA LeBron has already passed on the all-time scoring list in his short but brilliant career? Dime wondered too. (Dime)

— Speaking of LeBron, another fan has taken the Nike "Witness" campaign to extreme Cav Fanatic levels. (Waiting for Next Year)