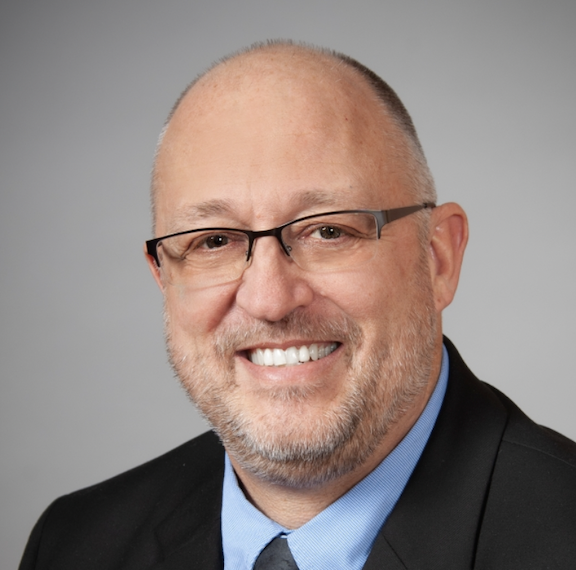 A third bill that aims to ban abortion care almost entirely has been proposed at the Ohio Statehouse.

On July 12, State Rep. Gary Click (R-Vickery) introduced House Bill 704, which packs a lot of questions into three sentences, the length of the entire bill.

To enact section 9.99 of the Revised Code to enact The Personhood Act to recognize the personhood of an unborn human individual from conception.”

The state of Ohio shall recognize the personhood, and protect the constitutional rights, of all unborn human individuals from the moment of conception. Nothing in this section shall be interpreted in any manner that would endanger the life of a mother.

“I have written it short, sweet and to the point,” Click says. “I think the beauty of it is its brevity.”

“I have written it short, sweet and to the point,” Click says. “I think the beauty of it is its brevity.”

The bill does not clearly define the moment of "conception" that it mentions. According to a statement published on Click’s house member web page, the representative’s focus is not on the scientific stages of development.

“​​From the moment of fertilization that zygote, embryo or whichever depersonalizing term you choose to use is not merely a potential human but rather human with potential,” Click says in his web statement.

According to the Mayo Clinic, fertilization occurs when the sperm and egg unite in one of the fallopian tubes to form a zygote. The zygote then travels down the fallopian tube, where it becomes a morula. Once it reaches the uterus, the morula becomes a blastocyst. The blastocyst then burrows into the uterine lining, a process called implantation. However, a miscarriage or ectopic pregnancy can happen after the initial point of fertilization, and these natural occurrences are entirely out of the control of the pregnant person.

Bucking science, Click says that creation of a person begins at conception, a moment he claims is protected by the Declaration of Independence .

“The founding fathers in the Declaration of Independence said that’s the moment of creation, or we would call that 'conception,'” Click says. “Science would confirm that. All men are created equal."

Life of the Patient

Click's bill appears to provide an exception to an abortion ban in the case of protecting the life of the pregnant person.

“Nothing in this section shall be interpreted in any manner that would endanger the life of a mother,” the bill reads.

The vague single sentence does not provide any parameters for doctors to follow, whereas H.B. 598 and S.B. 123 outline vague and rare stipulations for emergency care. The Biden Administration announced on July 11 that hospitals are obligated to provide abortion care if the life of the pregnant patient is at risk. Biden’s director of Health and Human Services Xavier Becerra cited the Emergency Medical Treatment and Labor Act (EMTALA), in a letter to hospitals.

“If a physician believes that a pregnant patient presenting at an emergency department, including certain labor and delivery departments, is experiencing an emergency medical condition as defined by EMTALA, and that abortion is the stabilizing treatment necessary to resolve that condition, the physician must provide that treatment,” Becerra says.

Ohio's current law provides exceptions to the state's six-week abortion ban if the pregnant patient’s life is at risk. Approved health risks include pre-eclampsia, “inevitable” abortion and premature rupture of the membranes. Diabetes and multiple sclerosis are permissible conditions for the patient to choose to terminate, but mental health is not. There are no exceptions for rape or incest. Doctors who perform abortions outside of the approval parameters can be charged with a fifth-degree felony.

Legislators have called Ohio's law the "heartbeat bill because it limits a patient’s right to terminate a pregnancy after the detection of a "fetal heartbeat." However, medical experts say that this is not an actual heartbeat but rather sporadic electrical flutters which occur after about six weeks and before many people even know they’re pregnant.

While Click's H.B. 704 does not mention in vitro fertilization (IVF), the short language seems to outlaw the practice outright. During IVF, fertilized eggs may be frozen or discarded for a variety of reasons. According to the Mayo Clinic, not all frozen embryos survive, though most will. Patients may also choose to discard stored embryos because they’ve found success in implantation with another embryo.

“We’ve had conversations with 'pro-life' people who’ve been through IVF,” Click says. “They’ve always believed life begins at conception, and they’ve worked through this. I think there are legitimate ways to work through that to where IVF is protected, and I think it’s been a great thing for many families … I would certainly be willing to entertain amendments of that nature because it is certainly not our goal to prevent families from achieving successful pregnancies through IVF.”

Birth control comes in a number of forms, many of which have the ability to minimize the odds of implantation of an already fertilized egg. Intrauterine devices, or IUDs, prevent fertilization and can also prevent implantation. In its present and vague form, H.B. 704 could outlaw these and potentially other forms of birth control – an idea that H.B. 598 author State Rep. Jean Schmidt, a Clermont County Republican, previously has said she would consider.

“That’s another issue for another day and I’m going to have to listen to both sides of the debate,” Schmidt said in a June interview with 700WLW’s Bill Cunningham.

Click says he is open to discussing birth control once the bill reaches committee.

“There is no conversation that I’m not willing to have. I’m open to every conversation,” Click says.

Click says the bill is meant to affirm personhood and, when asked directly, says that he wouldn’t be opposed to affording pregnant individuals benefits that children are entitled to, such as tax breaks.

Click would not comment on any talks he’s already had with other House members about the future of the bill or the possibility of adding his bill’s language to existing legislation.

“I’m certainly willing to work with anyone with good intent to make the bill better,” Click says.