This is Ohio's Most Popular Thanksgiving Side Dish, According to Google Searches 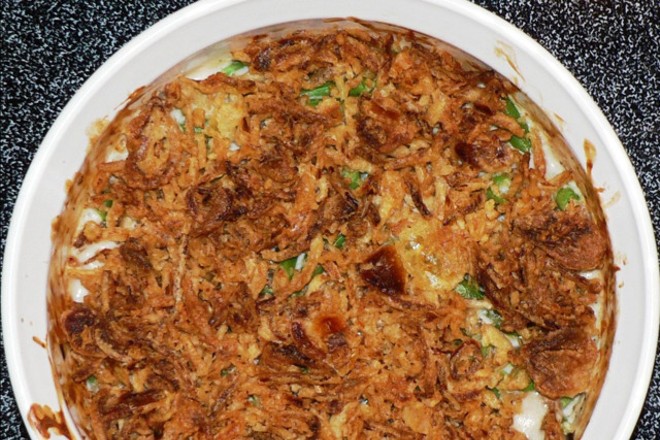 Turkey Day is right around the corner — Nov. 26 to be exact — and while this year's family feast may be a tad bit different than usual, folks are still whipping up their favorite Thanksgiving entrees, sides and desserts, just maybe on a smaller scale.

Depending on the family and area, the spread of mouthwatering eats may vary, but generally they include the classics — a turkey, some casseroles and pies. But if you've ever wondered what your state's most popular (or most Googled) side dish is, career search website Zippia (a business that really has no business concerning itself with this kind of information) has done a little research for you.

The website analyzed Google searches in November 2019 in order to decipher what states favored which sides.

Ohio's top-searched side was green bean casserole, a favorite shared by many other states including Michigan, Texas and Alaska. The most popular side dish across the nation in general is mashed potatoes.

Some outliers included Maine, whose most-searched dish was a side salad, and New Hampshire, whose residents are apparently big fans of cranberry sauce. Folks from Indiana can't get enough of deviled eggs, and a big ole' chunk of the East Coast loves their mac and cheese.