The 25 restaurants Cleveland can't live without 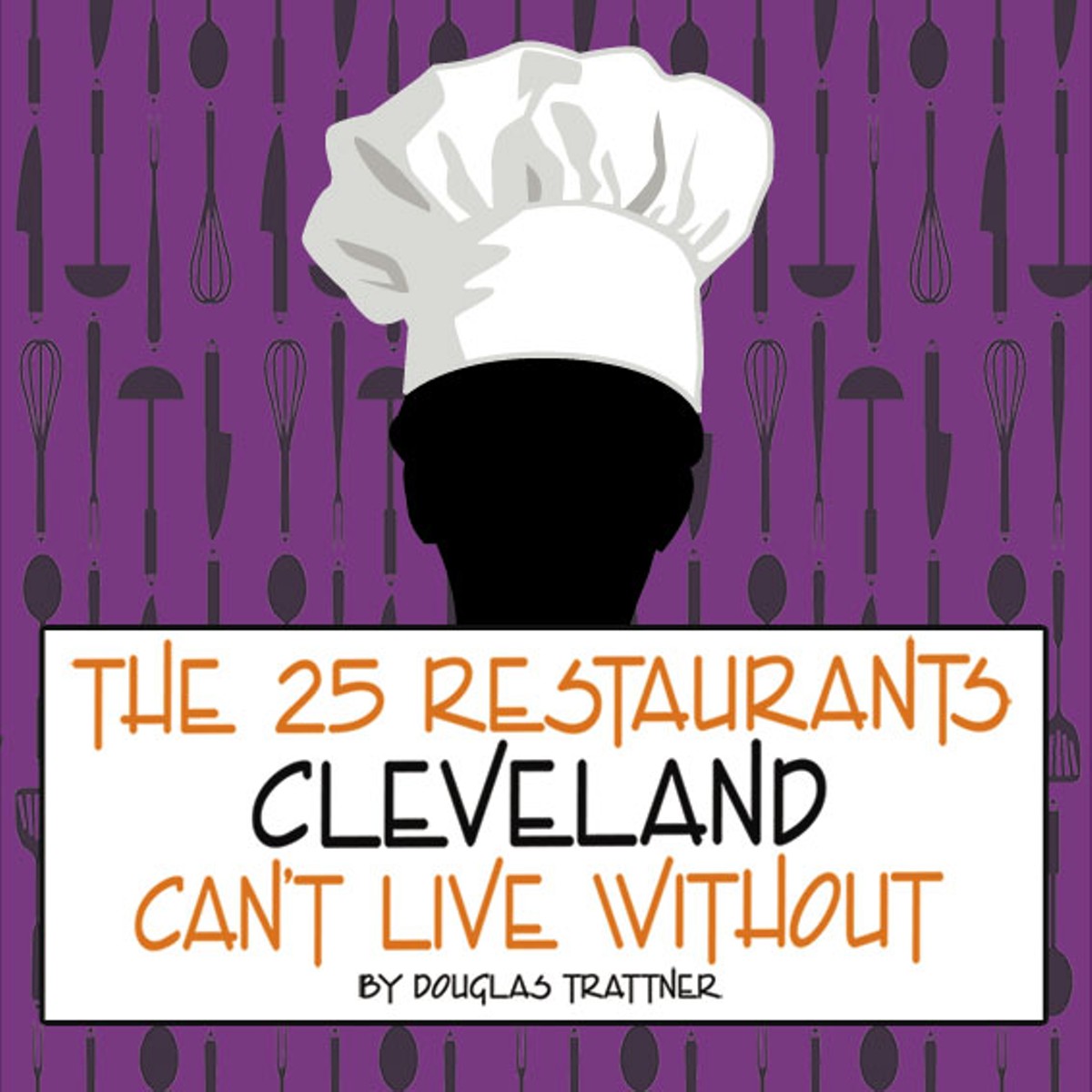 Ellis Cooley's success says more about Cleveland than it does his talent. No hometown hero, Cooley is a gatecrasher from Atlanta (and Florida, and New York). We adopted him as our own, though, because he did the same for us. Equally comfortable on the dining room floor as he is on a Twitter feed, Cooley has cultivated such a strong relationship with his customers that they would likely dine on the airport as opposed to just close to it. "There are a ton of great restaurants in Cleveland," says the chef. "If diners choose to drive out by the airport, then we are obligated to make it special." And special it is. Cooley's refreshingly contemporary American fare is modern, clever, and laser-focused. Built of local, seasonal goodness, delectable items like velvet mushroom soup, braised rabbit and wilted greens, shrimp and grits, and veal short-rib biscuits and gravy have diners heading toward Hopkins with or without travel plans. And in a town that still knows the value of a dollar, there's this: Amp's wonderful four- and six-course tasting menus are only $30 and $45, respectively.

Long before anybody ever heard of Battery Park or the Detroit Shoreway, this Cleveland landmark anchored the north end of its near-West Side neighborhood overlooking Cleveland's factories. Opened in 1934, at the tail end of Prohibition, the Parkview is one of the oldest saloons in the city. Little has changed in that time — except for the food, which has been polished up in response to the modern trend toward retro-chic dining. The upscale tavern fare is good, yes, and consistently so. But just as important is the working-class vibe, built from the ghosts of steelworkers and machine operators who used to lift their glass here. Together with the cheap beer and good people, there's no wonder that Clevelanders love the Parkview, a true slice of local history.

When folks ask how the hell Cleveland developed this great dining scene, we use Dante Boccuzzi as an example. Here was a young chef at the top of his game, pulling down stars at New York City's famed Aureole and poised for national acclaim. But when the time came to hang out his own shingle, there was only one place he wanted to go: Home. "This is why I came back to Cleveland," Boccuzzi says. "This is what I came home to do." Now settled in a small, elegant, and undeniably spectacular bank building in trendy Tremont, his eponymous restaurant is everything the chef imagined — and a diner could hope for — as well as the place where he delivers his signature blend of Italian, French, and Asian cuisines. His pastas are to die for, his meats beyond reproach, and his sushi is just plain fun. So why does Cleveland have a great dining community? Because we start with a great community.

Technically, Dim and Den Sum is not a restaurant. But having single-handedly jump-started Cleveland's food-truck craze earns them real estate on this list. Through little more than will power, ambition, and caffeine-fueled vigor, owner Chris Hodgson burst onto an otherwise barren landscape of dirty-water hot-dog carts and industrial roach coaches. He taught Clevelanders that good, creative, and affordable food can indeed be obtained from a mobile kitchen. Ever itinerant, Dim and Den Sum might be dispensing righteous short-rib sliders in Midtown one minute and braised pork BLTs in Tremont the next. Fans keep tabs on the meals-on-wheels wagon by following them on Twitter and Facebook. Catch them if you can.

For restaurants, like movie stars, constant reinvention is the name of the game. Unless, of course, you happen to be Fire, a 10-year-old bistro that feels as stylish today as it did when it opened. Credit goes not only to the designer, who crafted a room with timeless appeal, but also the chef, who tiptoes the line between predictability and change. "Our customers enjoy signature dishes that we will never remove," explains chef-owner Doug Katz. "But we also change our menu quarterly to keep it exciting." That means diners know for damn sure that the menu will feature chicken livers, clay-oven flatbread, and tandoor-roasted pork chops. What they don't know is what seasonal tweaks those dishes will have undergone in the latest menu incarnation. Of course, daily features, built from seasonal farmer's market goodies, are on hand for those who abhor predictability.