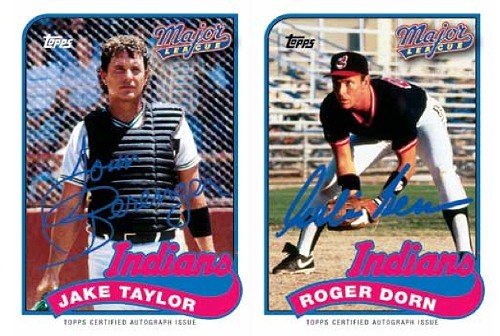 In what is likely the second-biggest sports story in Cleveland today, the baseball card manufacturer Topps has announced that fictional characters from the 1989 cult classic Major League will be honored with baseball cards as part of a 2014 Archive Set.

[S]tars of the 1989 movie Major League will be among those signing for the product — cards styled with the 1989 Topps design and with character names and studio licensing that allows for use of the film’s logo as well as images as it celebrates its 25th anniversary. So far, Tom Berenger and Corbin Bernsen have signed on for this one. (Could past Topps signer Charlie Sheen be far behind?)

Yahoo Sports says it's unclear which players will be featured, but says it hopes announcer Harry Doyle and "rum-drinking good luck charm" Jobu will be part of the collection.