University of Akron Will Now Pay Three Former Presidents $860,500 to Teach After Resignation of Matthew Wilson 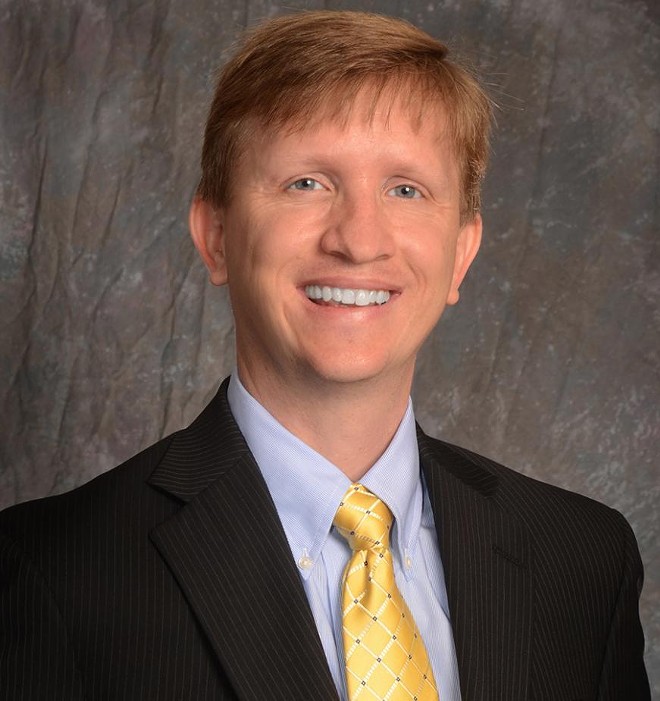 The top spot at the University of Akron remains a revolving door as President Matthew Wilson announced his resignation today. Wilson had lately made headlines after being named a finalist for the president's job at the University of Central Florida. He was later eliminated from consideration.

In a letter to the Akron community, Wilson addressed concerns about that news, lauded some achievements from the past two years, and detailed some of the reasons behind the decision, which include grueling 100-hour workweeks, a desire to get back into the classroom, and personal and family considerations.

Wilson had been with the university for four years, originally as dean of the law school. He'll rejoin the faculty come July 31 and join two other former presidents teaching at the school.

Like all universities, Akron's contract allows its former presidents to teach while earning 65% of their presidential salaries. What is unusual, and a natural byproduct of the revolving door in the top spot, is that Akron has three former presidents on the payroll. Those three alone will be paid $860,500.

Scott Scarborough, whose embattled tenure as president lasted just two years, stepped down in May 2016 and began teaching classes in the accounting department. He makes $292,500 a year.