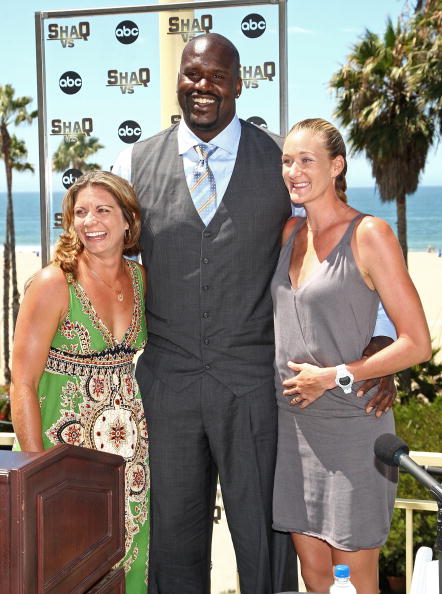 Shaq has taken on Albert Pujols in a home run competition, volleyball Olympic gold medalists, Ben Roethlisberger, and Oscar De La Hoya officially for his reality show. This month, he unofficially took on Time's Joel Stein in an essay contest on the topic of Twitter.

You can head on over to read both essays and vote for which one is better here. Personally, sometimes Stein cracks me up, and other times I wonder how it is that his words get printed in a magazine. But, then again, half the time I also feel the exact same way about the things that I write, so I'm really not the greatest judge. Shaq basically wrote his essay in Twitterese — full of abbreviations, LOL's, shaqjunctions, and lacking punctuation,.

From Shaq: "twitter allows me to take back da microphone. fans can hear everything straight from da diesels mouth. shaqmedia, lol."

Still, I feel compelled to tweet once a day, for my 700,000 imaginary readers. Because as a writer, all readers are imaginary anyway. Only with twitter, some of the fake ones have hot pictures."