UPDATE Anthony Sowell, Part 2: Is There a New Serial Killer in Town? 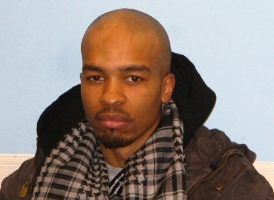 The body of the second victim of the East Cleveland murders has been identified as Shetisha Sheeley. Her body was found inside a garage around Hayden and Shaw avenues over the weekend, 19 Action News reported.

The identity of the third victim is still undetermined.

The man suspected of murdering 3 Cleveland women has officially been charged, police reported on Monday.

Michael Madison, 35, made his first court appearance earlier this morning and was charged with three counts of aggravated kidnapping and murder. He waived his right to a preliminary hearing and did not enter a plea. His bond was set at $6M.

The body of one of Madison's alleged victims was also identified this morning as 38-year-old Angela Deskins. She was last seen on June 7 and was identified by her fingerprints, 19 Action News reported.

The medical examiner said the other two bodies were in stages of advanced decomposition and are not currently identifiable, NewsNet5 reported.

The search for additional bodies has been suspended after officials and volunteers scoured over 40 vacated homes on Cleveland's east side over the weekend.

Just when it seemed that a convicted Cleveland serial killer was a thing of our city's dark and gloomy past, the name Anthony Sowell crops up again this weekend in an ongoing search for bodies on the east side.

Convicted sex offender, Michael Madison, 35, is currently behind bars as a suspect in the murders of three women. East Cleveland Mayor Gary Norton reportedly told the Associated Press that there is reason to believe that Madison is linked to the deaths and that he may have taken a leaf out of convicted killer Anthony Sowell's book, CBS News reported.

In case you haven't yet heard, the body of a woman was found wrapped in a garbage bag on Friday afternoon near Shaw and Hayden avenues when local residents reported smelling a foul odor in the nearby area.