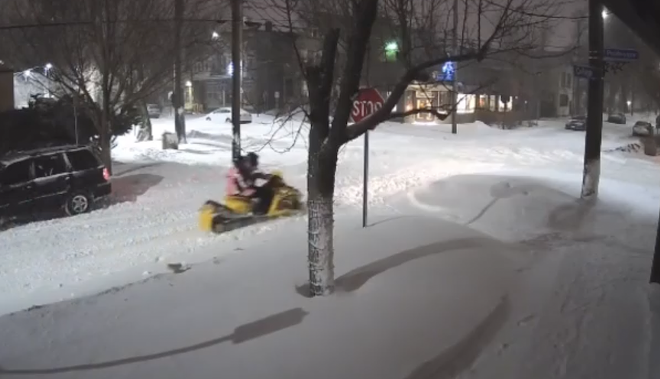 Another Cleveland winter storm, another opportunity for that hot snowmobile content Cleveland craves.

As Winter Storm Landon yesterday dumped more than a foot of snow on Cleveland and most people were safely shuttered inside or still digging out, a couple of snowmobiles made use of the empty streets in Tremont, as surveillance video from the Treehouse captured, and some folks made their way through downtown's messy streets in the same fashion, as captured by WKYC.

Enjoy, and stay safe out there.