Viking Adds Cleveland to 2023 Great Lakes Cruise Itinerary, Presumably Will Figure Out Where Cleveland Is By Then 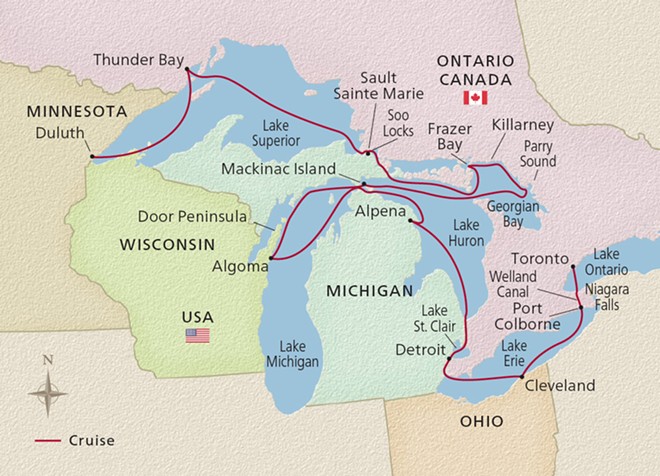 Viking Cruises
Cleveland, or Geneva, or whatever

Viking this week announced that Cleveland, which hadn't been included on the cruise line's itineraries since the company expanded to the Great Lakes in 2020, will be added as a stop in 2023.

Cleveland has previously been a stop for Victory cruises, but not Viking, and the high seas of Lake Erie await.

“Most people in the U.S. probably know Viking from their intra-Europe tours,” David Gutheil of the Cleveland-Cuyahoga County Port Authority said in a statement to the PD. “Now they’re coming into the Great Lakes. It’s not only great for Cleveland but great for the region.”

Presumably when Viking begins its Cleveland service in 2023 it will by then have figured out where Cleveland is, something that might be in question given that the cruise map currently shows the stop somewhere east of Painesville.

When passengers disembark in Cleveland to enjoy the usual offshore excursions, they'll be more efficiently processed by U.S. Customs and Border Protection thanks to a new $600,000 facility that replaced the previous screening area — tents.

Or, should they end up in Painesville, they can enjoy delicious tacos.