VOINOVICH JUST NOTICED THAT GOP IS RUN BY HICKS [UPDATED] 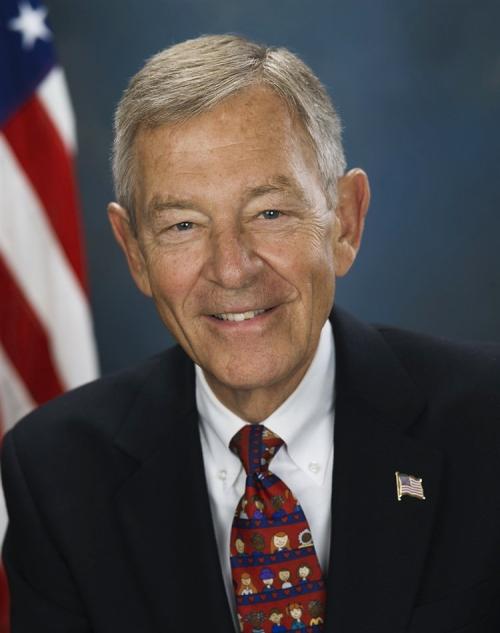 Recently we challenged Senator George Voinovich to incite a schism in the Republican party in order to detach the GOP from its ever-loonier base. We didn't have much faith that Voinovich really would take on the crazies — as we noted, he's long been bolder in word than in deed — but today we are wondering just what to make of this comment he made to the Columbus Dispatch about the party's biggest problem:

“We got too many Jim DeMints (R-S.C.) and Tom Coburns (R-Ok.). It’s the southerners. They get on TV and go 'errrr, errrrr.' People hear them and say, ‘These people, they’re southerners. The party’s being taken over by southerners. What they hell they got to do with Ohio?’ ”

Wow. Just … wow. Is this an upturned middle finger to the howling hordes of self-professed "real" conservatives who keep insisting that Obama was not born in the U.S. and that his health plan involves euthanisizing the elderly? Oh, that would be sweet. But note that he says the party is "being taken over by southerners." Um, Senator? With all due respect, you don't seriously think this is a new development, do you? Or that all those fine southern gentlemen running the GOP for the last 30 years ever gave a good goddamn about Ohio, aside from its importance in presidential elections?

So still we wonder if Voinovich sees the problem. It's not geography or accents (do southerners even say "errr"?); it's the entire party's decades-long reliance on warped values and blatant hypocrisy to win elections. Voinovich may not be as guilty as his southern colleagues for stoking fear and resentment, but to suggest now that this is new, and has nothing to do with Ohio — or him — would be ridiculous.

He will be attacked viciously for this. We anxiously await his next move. — Frank Lewis

"I'm on the side of conservatives getting back to core conservative values," said Mr. Vitter, Louisiana Republican and member of the Senate Armed Services Committee. "There are a lot of us from the South who hold those value, which I think the party is supposed to be about. We strayed from them in the past few years, and that's why we performed so badly in the national elections."

Vitter knows from straying. In 2007, the husband and father of four admitted to being a client of the D.C. Madam.