Welcome to St. Hyacinth, the noisiest neighborhood in Cleveland 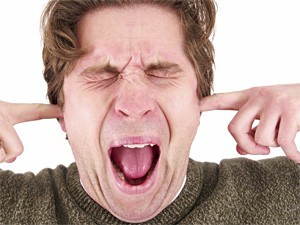 It's early on a spring morning in St. Hyacinth. An easterly glow, just breaking now over a row of oaks, illuminates a small block of homes. In most neighborhoods, mornings like these act as a concealer, covering up a neighborhood's most unsightly warts. But it's not that easy here.

Two of the homes on East 63rd Street are abandoned, their addresses crudely spray-painted on plywood. If you look just beyond the tree line, squinting into the rising sun, you'll see the outline of a public-housing project two blocks away. Around here, a security system starts with a pit bull behind a chain-link fence and ends with the baseball bat leaning against the front door.

Everyone on East 63rd has been "broken" — had something thieved by the shadowy figures who peel back window screens, break padlocks, and put screwdrivers to basement doors. But robbers aren't the only menace in this tattered enclave near Slavic Village. In fact, as the residents here start their morning, they live in fear of only one thing: the neighbor next door.

The first blow always comes around 7 a.m. It's the sound of something very heavy coming to earth very fast, and its impact shakes the ground and scatters the sparrows sitting on a nearby telephone line. "It scares the shit out of you," says Debbie Mullins. The blond firebrand, swathed in tats and cut-off denim, is the block's longest-running sufferer.

Mullins and her neighbors live on an island. It takes a couple of right turns off the din and exhaust of East 55th to find them. Once here, the most noticeable thing about the block is its isolation. To the north and south lie familiar shapes: ghosts made of crumbling brick, the last vestiges of industry. But just to the west, with only a strip of asphalt between them, lies a patchwork quilt of buildings that are very much alive.

The plant was already here in 1994, when Alan Decasso, the Latvian immigrant in the brown brick home across the street, moved here. It was known then as the Drop Dies and Forgings Company. Around since 1919, the family-run business used two-ton mechanical presses to forge metal parts for Air Force planes.

When Decasso moved his family into the yellow-trimmed two-story, he knew all about the plant's noise. But at the time, Drop Dies ran only one shift: weekdays from 8 a.m. to 4 p.m.

"We figured, how bad could it get?" Decasso says, sitting in a neighbor's living room.

But in 1996, Drop Dies expanded, building a beige hangar next to the original one-story structure. And with the new building came two new shifts. From then on, the forges ran 24 hours a day, seven days a week.

Residents no longer could return home to eat dinner in peace. Nor could they crack open a window on a warm summer night. It was loud enough already in their small, thin-walled colonials.

A decade-plus later, Decasso, like his neighbors, still has trouble sleeping. Always tired and irritable, his blood pressure is on the rise, a new phenomenon for the fit and trim 40-year-old with a lifetime of martial-arts training. He's also started to avoid the playground he built for his son in their front yard.

"It's easier to go inside," he says. "You can't think with all this noise."

The constant vibrations have meant a steady flow of home repairs too, residents say. Across the street from Decasso, Daniel Colon's kitchen floor is cracked, and he's replaced his bathroom tiles twice. "The next time you come in here, it'll be laminate," he jokes.

Five houses down, Mullins' basement floor looks like an upturned rock-climbing wall. A joist support sits under the bowed wooden beams holding up her living room.

There's no way for residents to know whether the structural problems — their homes are literally sinking — are from the factory's pounding or simply from old foundations. But the toxic smell coming from their drains gives them a hunch: Three times, the city has come out to repair cracked sewer pipes underneath Mullins' house.

Worst of all, other than the successive early-morning blows, the forges don't pound in a repeatable pattern. Their impact is unpredictable, creating the constant threat of a heart-jolting thud rather than the ambient noise of a loud fan. Residents never quite know when the next bang will hit.

After the plant added its new shifts, Decasso visited the office of Ed Rybka, former councilman of the ward that includes St. Hyacinth. Later, Decasso wrote to the plant's new owner, Precision Castparts, the multinational conglomerate that bought Drop Dies in 2000 and changed the name to Wyman-Gordon. He didn't hear back from either.

"We were stonewalled," says Decasso. "There was total silence."

Then, last year, in sidewalk chats with neighbors, Decasso learned that Colon and Mullins had been similarly blown off. So last October, the three sent a letter to Tim Herron, the new GM of Wyman-Gordon. But the only response they got, they say, came in the form of three security cameras. They were installed just days after they sent the letter and pointed directly at their houses. (Herron didn't return Scene's calls.)

In January, the three of them — St. Hyacinth's unofficial Justice League, firmly devoted to a decent night's rest — finally got a meeting with Anthony Brancatelli, the neighborhood's new councilman. They brought with them a grainy video, shot by Decasso. He'd been awakened one night, like most others, and decided to record the noise, a symphony of Norse gods pounding into the earth.

"It seemed like he was on our side," Decasso says.

But then, nothing. Brancatelli, it seems, is paralyzed by what is, for St. Hyacinth, an uneasy truth: There's little that can be done. The councilman feels — like most anyone would — the neighborhood's pain. He himself lives in an area with industrial noise. But Wyman-Gordon isn't breaking any laws, Brancatelli tells Scene. And when your city's crumbling because so many factories have closed, there's no fight to pick with a factory for staying open.

"It's kind of like moving near the airport," he says. "And then complaining about the planes."

The people of East 63rd stress that they aren't asking for the plant to close or even eliminate shifts. They've proposed solutions like retrofitting old equipment and erecting sound barriers. But they know what little noise they make can easily be trumped by the forges.

"They ignore us like we don't exist," says Decasso. "They treat us like we're nothing, because they can."

Lawyers are out of the question. So is moving. Both require money that people here just don't have. And they can't afford to do what one woman did last year, after she bought the home three doors down from Decasso's. After a month of the pounding, she left. Didn't resell. Just up and abandoned the house, leaving Colon, Mullins, Decasso, and the rest of East 63rd exactly where she'd found them: waiting for the next hammer to fall.